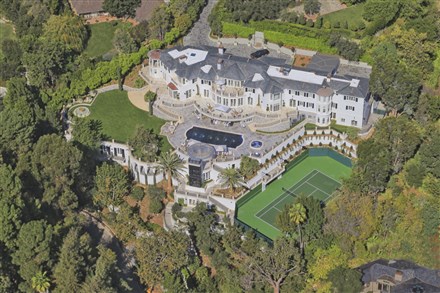 Liongate, a Los Angeles estate once owned by country singer Kenny Rogers, will be listed for $65 million with Hilton & Hyland.

With two concrete lions at the front gate, the hillside estate is being enlarged to around 24,000 square feet from 9,359 square feet, according to listing agent Mia Trudeau. The renovation project has taken three years and is now virtually completed, she said.

On Nimes Road in Bel Air, the estate has nine bedrooms and 14 bathrooms; a saltwater swimming pool; a ballroom with a separate entrance, bar and kitchen; a billiards room; a 12-seat home theater and a refrigerated wine room. An outdoor glass elevator next to the pool provides access to a tennis court and a gym with a sauna further down the hill. 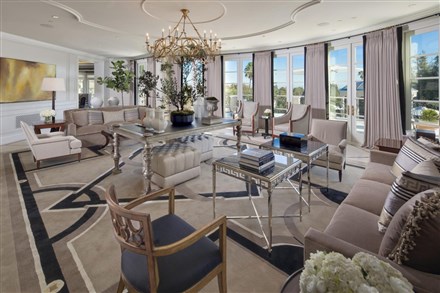 A guest wing, still under construction, will add another three bedrooms and three bathrooms. On nearly 2 acres, the home is being sold fully furnished.

Built in the late 1930s, the house was designed by noted architect Paul Revere Williams, according to Dean Larkin, the architect leading the renovation project. Mr. Williams, the first African-American to be admitted to the American Institute of Architects, designed homes for celebrities like Frank Sinatra.

Mr. Rogers, the singer, purchased the home in the 1970s. A Leo, he added the two lions by the gate and named the property "Liongate."

Mr. Rogers then extensively renovated the property, changing or removing many of the original features, and added the tennis court, which he recalled "was cut into the hillside and had great acoustics."

According to public records, an entity called Basilisk LLC purchased the house in 2010 for $12.2 million from Nancy S. Davis, a daughter of the late billionaire Marvin Davis. Ms. Davis didn't respond to requests for comment. 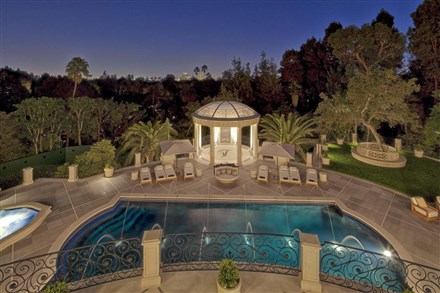