Trafalgar Park sits in an elevated position, in a listed parkland setting above the River Avon enjoying uninterrupted countryside views. It is in an outstanding rural location, on the edge of both The New Forest National Park and Cranborne Chase and near Stonehenge.

The property is 7 miles to the south of the historic Cathedral City of Salisbury and 2 miles from the village of Downton, which has excellent local amenities including a church, chemist, supermarket and butcher.

Salisbury provides a comprehensive range of shopping, dining and cultural amenities and has a direct train service to London Waterloo (from 88 minutes).The A303 and M27 provide good road access to London, Southampton and the wider south of England. Southampton Airport (23 miles) and Farnborough Airport (35 miles) both have private aircraft facilities. Trafalgar Park has safe helicopter landing areas.

TRAFALGAR PARK
Trafalgar Park is an exceptional property, with a fascinating history and a unique architectural provenance. The present house is primarily the work of two architects with the central villa completed in 1733, for Sir Peter Vanderput, under the guidance of John James of Greenwich. The North and South wings were added in 1766 during the ownership of Henry Dawkins and were designed by John Wood the Younger, best known for the Royal Crescent in Bath. Dawkins commissioned his friend Nicholas Revett, to design the Portico, interiors for the North Wing and a number of chimney pieces. Revett is considered by many to have influenced some of the finest Greek Revivalist interiors in England. Dawkins also commissioned the fashionable Italian painter G B Cipriani to paint the scenes in his Music Room, now known as the Cipriani Room.

After Dawkins' death the house was purchased by the Lords of the Treasury, as a gift for the heirs of Admiral Viscount Nelson and the name was changed to 'Trafalgar' to commemorate his great naval victory of 1805. The first Nelson resident was the Admiral's brother in 1813 who had been elevated Earl Nelson; Trafalgar Park passed through his descendants until the mid 20th Century.

STABLE BLOCK
To the North East of the house are a pair period Stable Blocks, built in brick under slate roofs.

The South block provides extensive garaging and store rooms on the ground floor. The first floor has been converted to contain office accommodation, divided into 3 main areas with a kitchen and cloakrooms.

The North block currently provides garaging and a number of traditional stables and stalls on the ground floor, with a 3 bedroom staff flat and further storage on the first floor.

GARDENS AND PARKLAND
Trafalgar Park is approached via a long driveway, which curves through the listed parkland, allowing a glimpse of the house as you drive in from the East.

The House sits within a listed 18th Century landscape park and woodland with 19th Century formal gardens. To the East the park forms attractive pastureland, ideal for grazing and with mature trees. To the north and west the property is bordered by woodland. Within the gardens there are a number of fine specimen trees.

The south garden has a heated swimming pool and machine shed, whilst to the north, adjacent to the North Wing and Stable Block is the tennis court.

STANDLYNCH CHURCH
The original hamlet of Standlynch was situated down by the River Avon and Mill; Standlynch Church was founded in 1147. It was rebuilt in 1677 and re-modelled in 1849. The Church became a private Chapel and re-dedicated to the Catholic Church in 1914; however, when the Nelson family left it became dis-used.

This charming and historic building is owned by Trafalgar Park and used as a folly for walks or picnicking. It forms a part of this sale and is accessed separately either by direct footpath from the Park or by or by vehicle by public road and private track by arrangement. Subject to planning consent, Standlynch Church could be converted into a private dwelling use.

From Salisbury take the A36 towards Southampton, taking the exit just before the road becomes a dual carriageway onto the old Southampton Road. After a short distance, take the right hand fork onto Shute End Road, following the signs for Downton. After approximately 1 mile turn right onto Witherington Road and follow the road for approximately 2.5
miles, at which point the entrance to Trafalgar Park will be found on the right hand side. 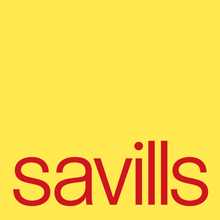