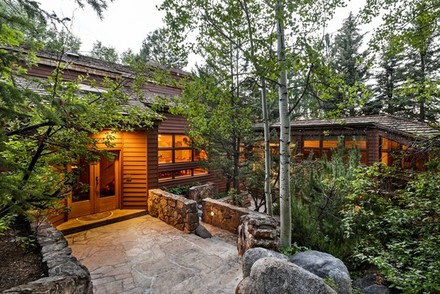 The late singer-songwriter's longtime home in Aspen, Colorado, is on the market for $10.75 million, according to listing agent Carol Dopkin of Aspen Snowmass Sotheby's International Realty.

Located in Aspen's Starwood subdivision, the house was Mr. Denver's primary home until his death, she said. Mr. Denver and his first wife, Annie, built the house in the early 1970s, said Ms. Dopkin, and expanded it over the years.

On roughly 7.6 acres, the house is over 6,000 square feet with six bedrooms and 4½ bathrooms. It has four wood-burning fireplaces, plus an outdoor swimming pool, and decks strategically placed to take advantage of the mountain views. 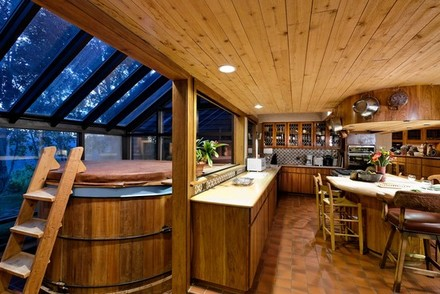 The current owners made some renovations, such as expanding the living room, but kept the home largely as it was in Mr. Denver's time. For example, the master suite has a fireplace and curved walls of custom-made stained glass that are "very John Denver," she said.

A path leads from the main house to the guest house, part of which Mr. Denver used as a recording studio, Ms. Dopkin said.

There's a barbecue area with an outdoor fireplace where Mr. Denver liked to play horseshoes and sit around the fire with friends, she said.