Australia is a hotspot for Asian property investors, ranking most popular for Indonesians, and second most common investment destination for Malaysians, Singaporeans and Indians. 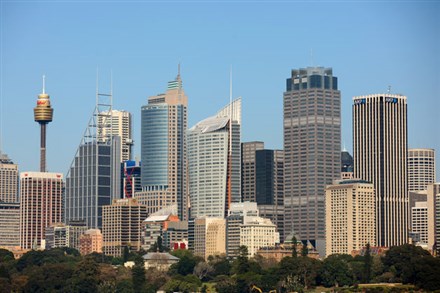 In many nations, the most popular investment destination was a neighbouring country (as with China - Hong Kong and Singapore - Malaysia).

However, beyond these neighbourhood ties, Australia was near the top of property investment choices for most nationalities.

Amongst the wealthy Indonesians who owned an investment property overseas, 19% had one in Australia, beating out Singapore and the USA as top destination.

The highest proportion of Australian real estate ownership was in Malaysia, where 26% of overseas property investors held homes Down Under, but neighbouring Singapore was the most popular locale for overseas real estate, at 36%.

HSBC Australia's head of mortgages, Alice Del Vecchio, says the main driver of Australia's popularity is its relatively close proximity to Asia and the perceived quality of life, which 71% of survey respondents ranked higher than that in the US or UK.

"Good education, good health systems, all of this came through in the survey, we know from our existing customers, even things like clean air and the living standards are really important to these customers," she told ABC News Online.

"Don't think that they're just coming here to invest, a lot of them are looking for longer-term, where am I going to retire to ... this isn't necessarily a short-term investment opportunity."

The research shows that amongst the future investment in Australia, affluent Asians are likely to favour smaller property markets such as Queensland and ACT over the larger markets of NSW and Victoria.

Of the affluent Asians looking to buy in Australia in the next year, 25% intend to buy in Queensland, 23% in ACT, compared to 20% in Victoria, 18% in New South Wales followed by 16 per cent in Western Australia.