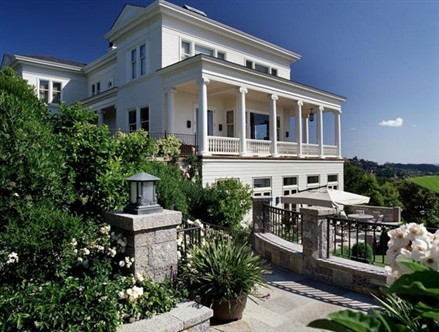 A Marin County, Calif., mansion owned by mining magnate Robert Friedland that was at one time listed for $65 million has come off the market, according to a representative of the seller.

The home was on the market in 2004 for $65 million, and was contracted to sell for its full asking price in 2008, but the sale fell through. Later that year, the home was advertised for $48 million, 26% less than its original asking price.

Though the listing remains online, a representative for Mr. Friedland said the home was no longer for sale when contacted by the Journal this week. Olivia Hsu Decker, the home's listing agent and co-owner and founder of Decker Bullock Sotheby's International Realty, says the home is still available to any buyer "who wishes to make the seller an offer he can't refuse." The 10,000-square-foot home, known as Locksley Hall, was originally built in 1895 and sits on a crest on Belvedere Island overlooking the bay. The owners purchased the property for $5.5 million in 1995 and spent nearly nine years and $32 million refurbishing and remodeling the home. The home is owned by a corporation headed by Darlene Friedland, Robert Friedland's wife. Mr. Friedland is the founder of Vancouver-based Ivanhoe Mines.