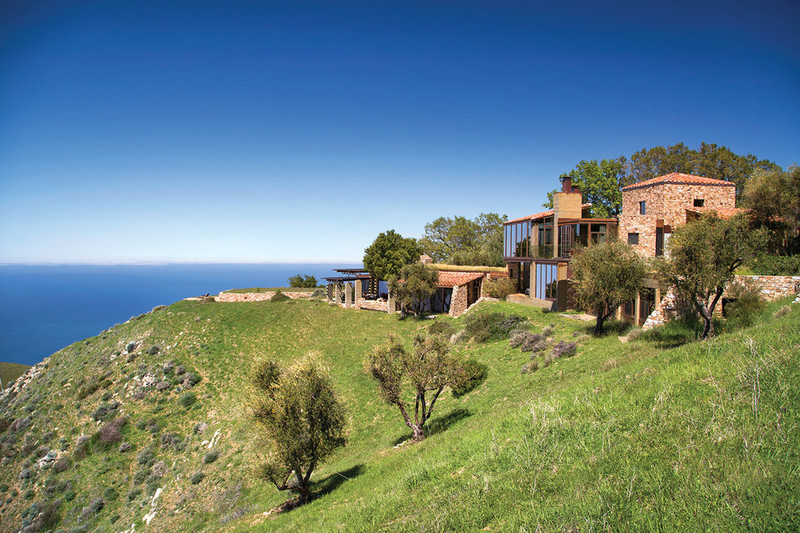 He hiked to the top of a ridge, took in the spectacular view, and told himself he’d buy a piece of property like it someday. 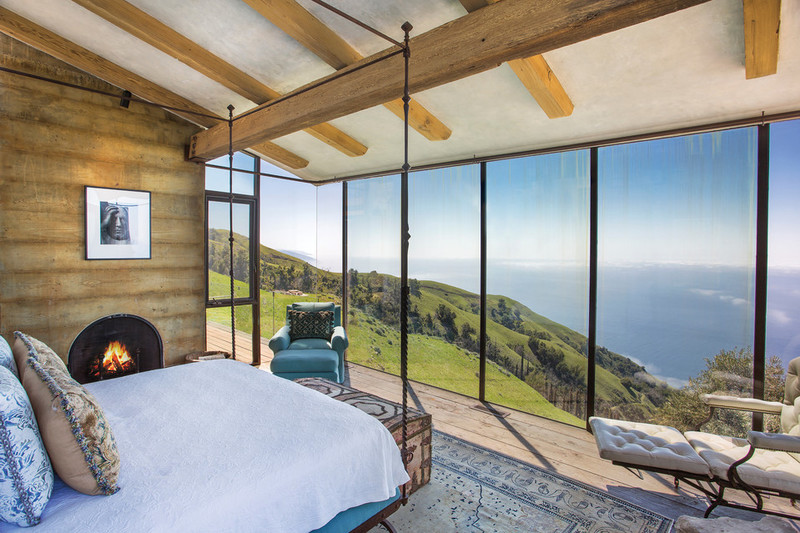 Mr. Witt went on to a successful Hollywood career as a producer, with credits including television shows like “Soap” and “The Golden Girls” and movies like “Dead Poets Society”—and he was eventually able to buy land at the exact spot where he once stood. 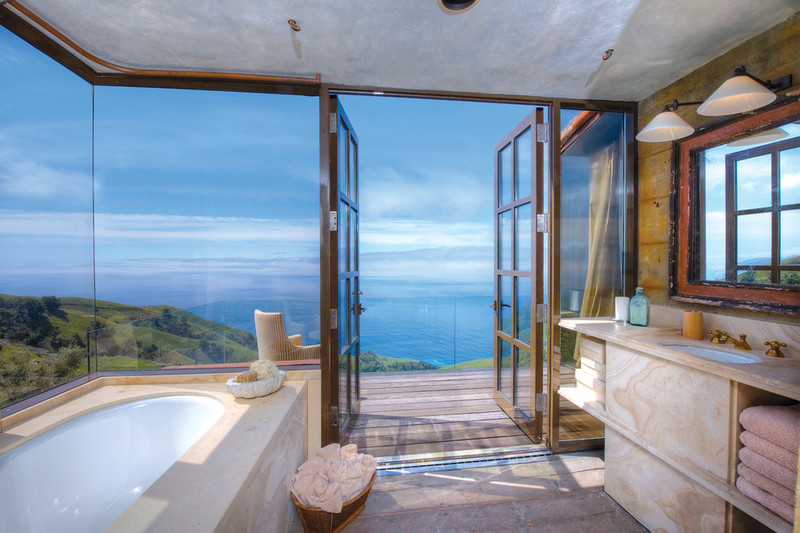 Perched about 2,700 feet above sea level, the house was completed in the early 1990s and measures about 7,000 square feet.

It has a three-story stone tower and walls of glass to maximize the ocean views, as well as a number of decks and outdoor seating areas. 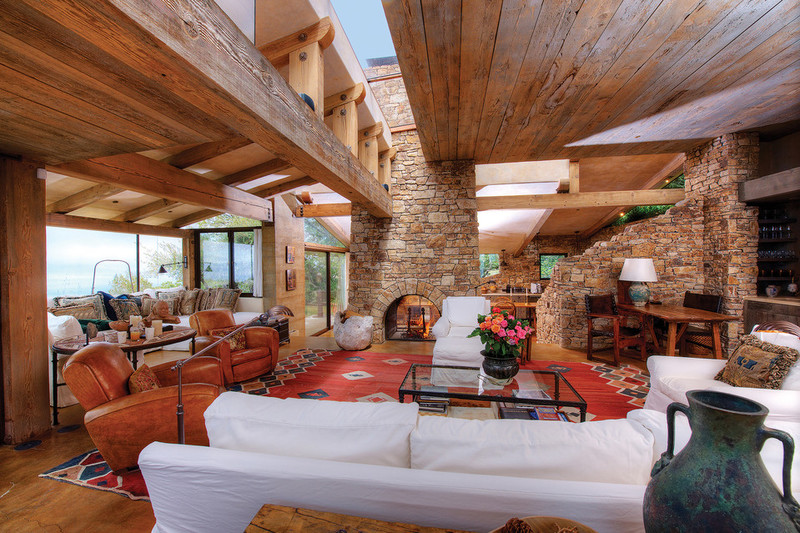 Mr. Witt had spent time on Italy’s coast, and wanted the house to be Tuscan-inspired, although it is contemporary in style.

He sourced roof tiles from Italy and used wooden beams from older structures. He also planted an olive grove. 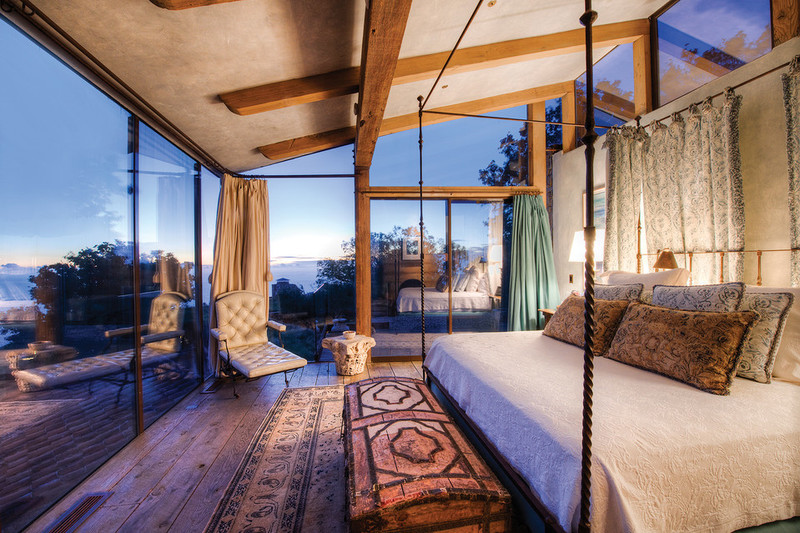 Mr. Witt said his family has enjoyed the home for years. But now that his children are grown, he and his wife don’t need as much space, and plan to stay in another Big Sur property they own, a one-bedroom guesthouse on roughly 50 acres. “It’s not like I’m giving up Big Sur, at all,” he said. 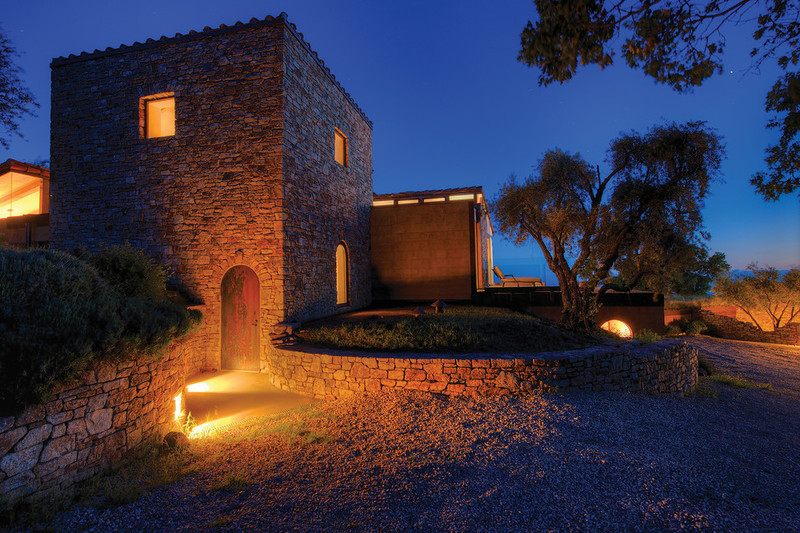 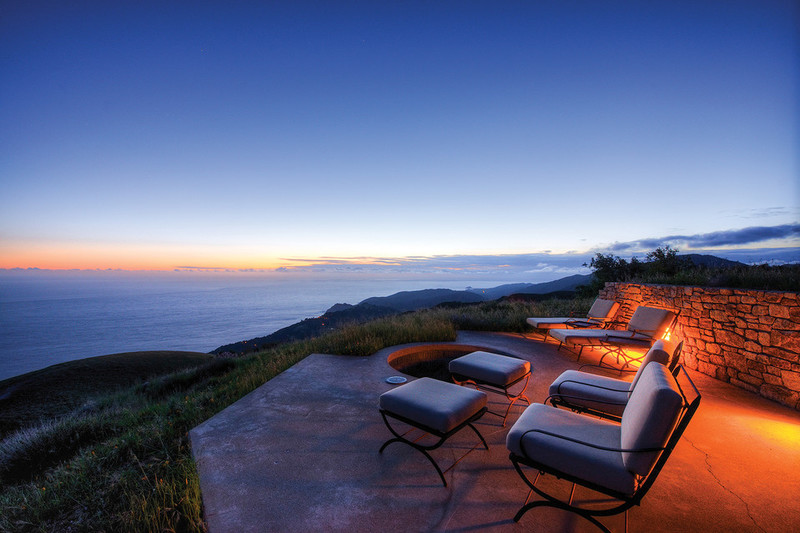 Change Your Life!
Watersur I Pfeiffer Ridge I Big Sur