Why BRAZIL is Currently The World’s Largest Property Investment Hub?

DUBAI: Brazil is fast becoming a preferred investment destination as it continues to lure investors especially from the Middle East region and in particular the UAE. Despite the crisis, a number of leading UAE companies have announced large-scale investments in various sectors.

The elysian Group - a group of companies headquartered in Dubai and provides property and finance-related services. Naseeb also confirmed that Elysian Group has witnessed encouraging results since introducing new international properties into the company's property portfolio.

Brazil has attracted other investors from the UAE in recent years. Aabar Investments, owned by the International Petroleum Investment Company of Abu Dhabi, in 2009 invested $328 million in the Brazilian banking sector, while Mubadala, the strategic investment company owned by Abu Dhabi, is also looking to diversify its investment base in emerging markets and has also earmarked to make billions of dollars of investments in Brazil.

Statistics indicate that in March 2011, Brazil's exports to the Middle East reached $870 million registering a 35.5 per cent increase compared to the same month last year.

Asked what made Elysian Group to eye Brazil investments, Naseeb who like several other astute investors said that after conducting several research, he came across Brazils growing economy and began liaising with developers to bring the projects to the Middle East.

He singled out the project that stood out the most for Elysian Group was The Rio Hills Resort, which is strategically situated in the State of Rio De Janeiro, in the picturesque hills next to Lake Guarapine. Rio Hills is a 3.3 million square ft. resort, which will offer un-paralleled living standards, among untouched natural beauty.

Elysian Real Estate are therefore offering clients the opportunity to purchase full freehold land within the resort from as little as $49,000.

He briefly described to the Gulf Today on the location of the project, saying that it is surrounded with an abundance of industry and is home to the 2014 and 2016 Olympics, Rio Hills, Naseeb said  is a great investment opportunity.

"As a result of the rapid growth of investment transactions that have taken place thru Elysian Group, we decided to open offices in Brazil earlier this year and have personally invested in several projects around the South American region," said the chairman.

Naseeb also revealed that the group, which has traditionally specialised in the UAE property market, decided to expand into other property markets globally, in response to increasing client demand for geographical diversification.

"The revenue generated by the elysian Group's portfolio of properties outside the UAE now makes up 25 per cent of the company's income," said Naseeb.

He said the group is now receiving more property enquiries than ever before and has found the Brazilian property market to be the most popular location among potential investors.

"We strive to identify new markets around the globe on an ongoing basis so that our clients may benefit from the world's emerging property hotspots," explains Naseeb.

Paul Preston the CEO of Elysian Investments said he was overwhelmed with the turn out of the event and was pleased to meet serious investors who knew about the Brazilian economy and the potential investment opportunities.

"Capital appreciations on investments are looking to double within the next three years. GCC investors are pulling out of stocks and shares and are investing with us in international real estate after analyzing the statistics and numbers," noted Preston. Brought To You Exclusively By: 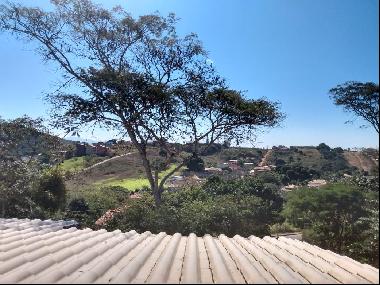