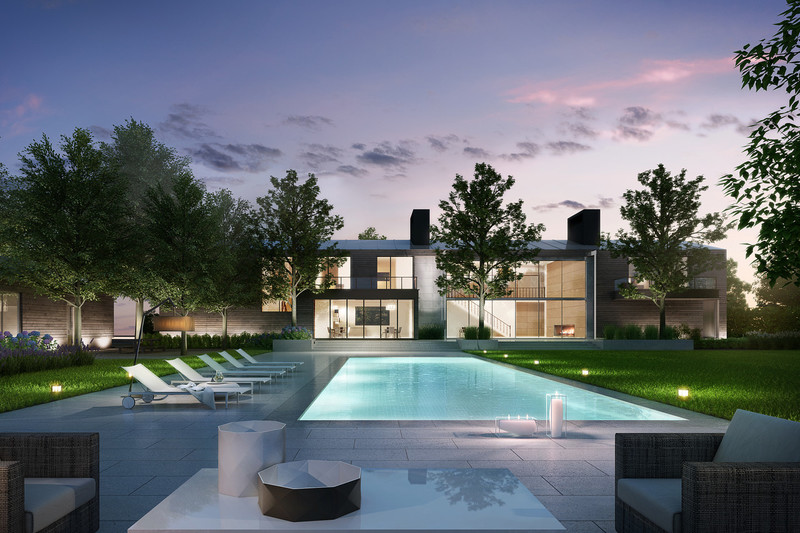 Scheduled to break ground in early 2015 for completion in summer 2016, the three-level “modern farmhouse” in Bridgehampton, New York will have eight bedrooms, nine full bathrooms and three powder rooms.

The back of the house will be virtually all glass, with three large panels that slide into the ceiling to open the double-height great room to the yard.

The 2½-acre property is near Sagg Pond, said Cody Vichinsky, one of the listing agents with Bespoke Real Estate in the Hamptons.

“More often than not, we’re selling these things before they’re even Sheetrock,” Mr. Vichinsky said about the decision to market the home so early in the construction process.

The owner and developer Jay Bialsky bought the property through a limited-liability company for $6.9 million in 2012.

Mr. Bialsky, a developer who builds homes in the $20-million-plus range, sold three homes in 2014, two of which sold mid-construction, with another seven to eight in production, he said.

Jonathan Miller, president and CEO of appraisal firm Miller Samuel, said that a roughly $26 million non-waterfront property sale would “not be an outlier” for the area, which has seen higher sales volume in the luxury market.

According to the latest Elliman Report for the Hamptons, there were 39 sales above $5 million in the third quarter, the second highest total since the second quarter of 2006.