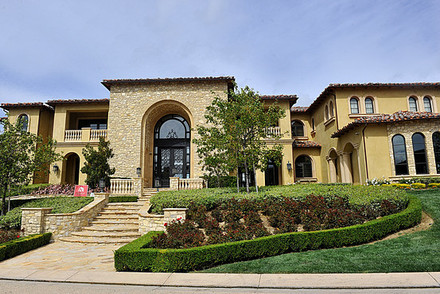 The estate of Michael Jackson has purchased the Calabasas, Calif., home where his mother, Katherine Jackson, lives with the late pop star's children, according to Hilton & Hyland, the real-estate firm that represented the estate in the transaction.

Ms. Jackson, who is in her 80s, has been leasing the home for the past several years, according to Hilton & Hyland's Nichelle Robinson, who represented the estate along with her mother, Barbara Robinson of Hilton & Hyland. The sale closed Monday for about $10.75 million, she said.

Located in a gated community in Calabasas, the Mediterranean-style house is roughly 12,000 square feet. There is a guesthouse, a theater, a pool and a putting green.

Michael Jackson died in 2009. His will appointed his mother guardian of his three children—Prince, Paris and Blanket. She now shares guardianship with her grandson, T.J. Jackson.

Ms. Jackson moved into the Calabasas house with the children several years ago to provide "a new environment" for them.

The home wasn't on the market at the time of the purchase, but had previously been listed for $11.5 million.

The Jacksons had wanted to buy the Calabasas home for several years, Ms. Robinson said.