Land prices on the rise in Phnom Penh

Land prices in Phnom Penh have been steadily increasing since the market crash in 2009, according to results from a recent survey. 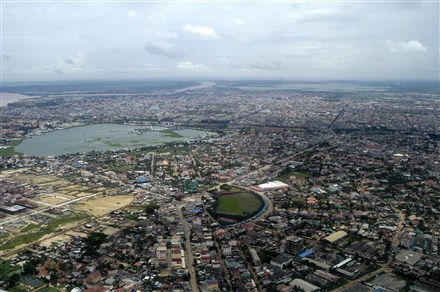 The survey, undertaken by VTRUST Property Co Ltd, recorded land prices throughout the three Boeung Keng Kang communes in Q4 2013 and showed that average asking prices range from USD1,000 per sqm to USD5,800 per sqm.

Boeung Keng Kang I - a popular neighbourhood with expatriate residents - recorded an average land price of USD3,300 per sqm - the highest from the three communes.

Although these are some of the most significant price rises recorded in the past five years, market analysts said the emergence of another bubble in unlikely.

"The prices are not going down," Chrek Soknim, deputy director of VTRUST, told the Cambodia Daily. "It will increase year to year, but... won't rise like 2008. At the moment, the prices will increase 10 to 15 percent, per year."

Prices increased by more than 1,000 percent in some areas during the property market boom between 2005 and 2008.

Property in parts of the Daun Penh district increased from USD500 per sqm to USD5,000 per sqm during this period.

Some Phnom Penh-based banks have witnessed a relative growth in demand for residential mortgages over the past 12 months, but don't believe a property bubble is on the horizon.

"I do not see any evidence of a ‘bubble' developing in residential property at this point. Bubbles are primarily a function of excessive leverage, and at this stage borrowers are only financing against 60 to 70 percent of the property's value," Grant Knuckley, CEO of ANZ Royal told the Daily.

"I also don't see any real evidence of heavy speculative buying-it's genuine demand at this stage. So for now, I'm fairly relaxed."