Cambodian government wants to take back islands from inactive developers 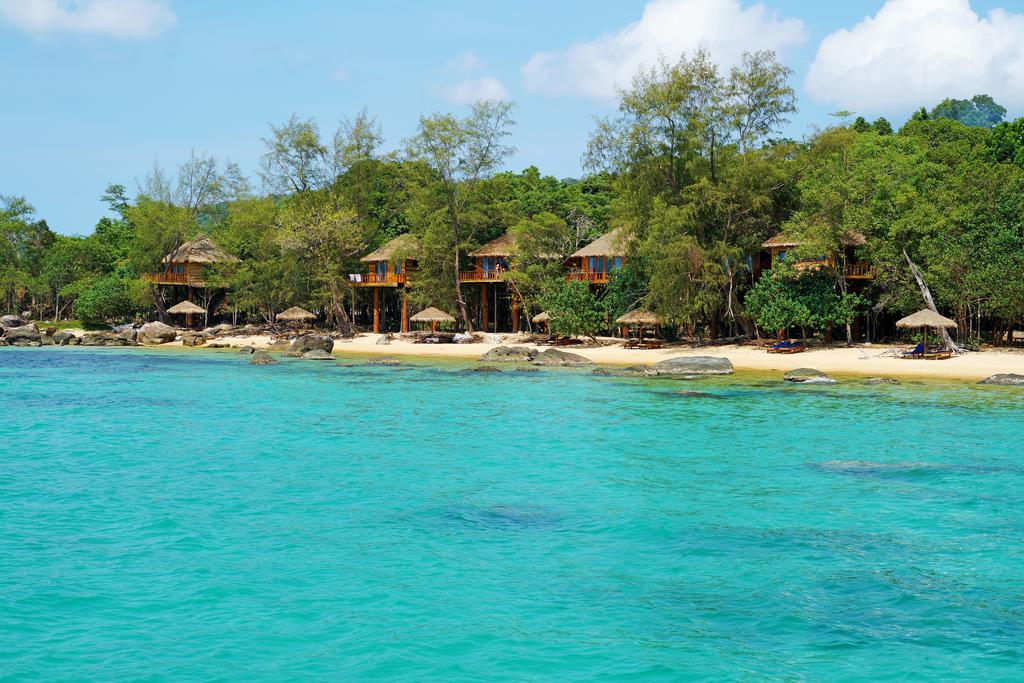 Developers that have not made progress on planned projects in Cambodian islands will need to return their land parcels to the government, Prime Minister Hun Sen warned.

“We need to take them back because they have not developed anything,” the premier said Monday in a speech at the inauguration of the Royal Sands hotel on Koh Rong.

The Khmer leader particularly took aim at developers in Koh Tonsay or Rabbit Island where “nothing has been completed.”

“Take it all back, and the deposit money will not be returned,” he said in a seeming directive to the Council for the Development of Cambodia.

According to documents compiled by Adhoc, more than 180,000 hectares of land on 28 of Cambodia’s 64 islands were reclassified as state private property for companies seeking land concessions between 2008 and 2010.

The islands in question included Koh Tonsay, Koh Russey, Koh Rong and Koh Rong Samloem, with most of the projects overseen by the Council for the Development of Cambodia.

Thida Ann, director of the consultancy CBRE Cambodia, told the Post she favoured “real investors” who can develop the islands to “bring Cambodia to the world.”

“Some people just want to take benefits from concession land,” she explained. “They just want to reinvest or transfer to other investors for the appreciation.”