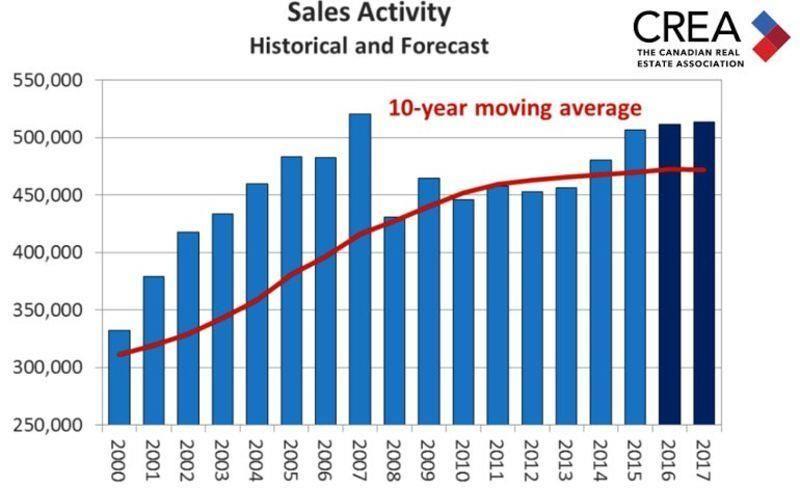 With prices continuing to push higher in British Columbia and Ontario and sales hitting records, average home values are set to rise 8% in 2016 to $478,100, it is predicted.

But many of the defining themes among Canadian housing markets in 2015 have persisted, and in some cases intensified, in early 2016.

Interest rates are now also widely expected to remain low for longer, with lending rates not expected to increase until the second half of 2017, says CREA.

Read the rest of the story @ opp.today