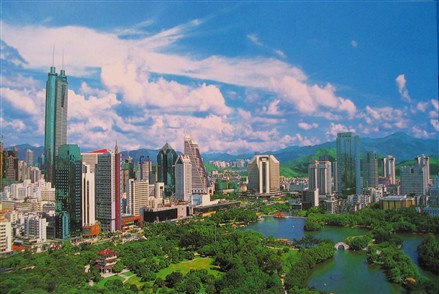 China has increased the minimum down payment for second home purchases and told local governments to set price targets on new properties, in the latest round of measures to stop the country's real estate market overheating.

The down payment ratio will rise to 60% from 50%, the State Council said in a statement on its website.

It also asked local governments to boost land supply and said they should set price targets for newly built properties based on regional economic growth and disposable incomes.

The moves come after property prices rose for the 19th month in a row December, even after the government imposed loan restrictions and raised interest rates for the first time in three years.

‘This set of measures are stronger than the measures in the past 12 months and reflect the strong determination of the government to stabilize property prices in China. We expect to see continued credit tightening and further interest rate and reserve-ratio requirement hikes,' said Tony Tsang, an analyst at Deutsche Bank.

‘The fresh round of measures is harsh and will create lingering negative concerns on the sector. We still don't think this will result in a sharp pullback in property prices especially with the inflation concern, but we do think that it will be difficult for property prices to go up this year,' said Kasemsak Charoensiddhi, credit sector specialist at Citigroup.

Local governments have been asked to publicize pricing control targets for newly built houses in the first quarter, a measure Credit Suisse Group analyst Jinsong Du said was ‘the most negative'.

‘This means that either high end projects will slash their prices or the local governments will ban their sales to bring down the average selling price,' he explained.

Land for affordable housing, reconstruction of shantytowns, and medium and small commercial houses should be no less than 70% of the regional government's total supply, the government said in the statement.

Regional governments should ‘strictly' formulate property purchase policies and local residents with two homes will be banned from further purchases, the statement added.

Residents from outside a region with one home already will not be permitted to make further purchases and won't be able to buy any homes if they fail to present proof of personal income tax payments made in the area.

The government also set interest rates for second home mortgages at no less than 110% of benchmark rates and said people selling homes within five years of purchase will be charged full transaction taxes.

China reported the most real estate investment in the world for a second straight year in 2010 as purchases of development sites helped lift global commercial property sales by 43%, according to New York based Real Capital Analytics.

Property prices in Shanghai jumped 26% in 2010, according to SouFun Holdings, the country's biggest real estate website owner. Prices in 70 cities rose 6.4% in December from a year earlier, the smallest in 13 months.

Rising real estate prices are the biggest danger to the Chinese economy, according to Li Daokui, an adviser to China's central bank.

China is expected to introduce a 0.8% real estate levy, probably in Shanghai and Chongqing first and then rolled out to other so called overheated cities such as Beijing, Shenzhen and Hangzhou. The money raised from the property taxes will be used to fund affordable housing, the finance ministry said. 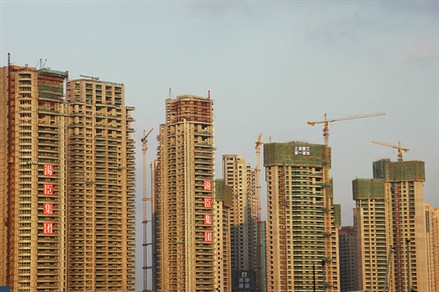