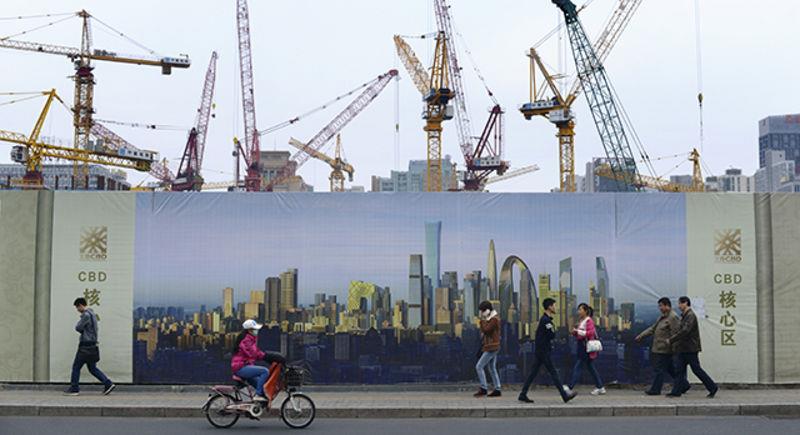 Prices of residential sites in Asia increased by 1.9% in the first half of 2016, down from 2.8% in the preceding six months.

As compared to the preceding six months, however, they were 40.4% lower and the index report explains that land markets tend to be more active in the second half of the year, which accounts for 60% of the transactions historically.

With state owned enterprises purchasing land aggressively, China, which accounts for more than 90% of the deals in Asia, saw a 6% year on year increase in volumes while in Thailand some major deals boosted volumes by 190.4%.

However, cross border land investment volumes fell by 11.5% year on year. ‘Part of the reason is that while Chinese developers have previously snatched up land in Hong Kong and Singapore, they now appeared to have joined their local counterparts to become more cautious amid the ongoing correction in housing prices in these markets,’ the report explains.

As a result, China bought 88.8% less land year on year in the rest of Asia. In China, among the cities tracked, Shanghai experienced the strongest growth in prime residential land prices. ‘While the government raised the down payment requirement on second and subsequent properties as well as tightened non-locals’ purchase eligibility, shadow banking and peer to peer financing helped home buyers circumvent these rules, although authorities are closing the loopholes,’ it adds.

According to the National Bureau of Statistics, residential prices in Beijing, Guangzhou and Shanghai surged by 15.3%, 12.8% and 19.5% respectively in the first half of 2016 and the report says this emboldened developers to bid for land aggressively.

In particular, Shanghai saw the average premium over reserve price in residential land auctions soar to 154% in the first six months of the year from 60% in the corresponding period last year.

As a result of an overhang of unsold prime housing inventory in Mumbai and New Delhi that requires an estimated four and seven years to clear respectively, the Knight Frank indices registered a decline in prime residential land prices.

It adds that strong office leasing demand boosted the prices of prime office development sites in Bengaluru, which grew the fastest in the region. Similarly, prices of commercial land in Mumbai and New Delhi outperformed those of residential sites.

Tokyo registered the largest increase and the report says that the negative interest rate introduced by the Bank of Japan has brought mortgage rates down, supporting housing demand.

Indeed, recent condominium launches with hefty price tags were met with much enthusiasm from home buyers, with one development in Minato ward even fetching a record high average price of US$33,800 per square meter.

Sites for office development in Asia also saw healthy price growth helped by a slight compression in yields and an eight year low prime vacancy rate at the end of the first half of 2016.

Similarly, prices of office land in prime locations in Hong Kong were also buoyed by limited availability. However, on the residential side, the confluence of weak demand due to economic headwinds and abundant future supply exerted downward pressure on prices.

In Southeast Asia, a strong supply pipeline in the prime office markets of Jakarta, Kuala Lumpur and Singapore weighed on rents. Meanwhile, the lacklustre global economy has softened leasing demand. In particular, the Jakarta and Kuala Lumpur office markets continued to be impacted by the slump in the oil and gas industry, while the slowdown in financial services sector is dampening demand in Singapore.

Consequently, the prime office land indices for these cities registered negative growth in the first half of the year. In addition to economic slowdown, the prime residential market in Jakarta was also adversely affected by the government’s effort to tackle tax evasion as well as lower affordability following years of rapid price appreciation, the report explains.

Residential land prices barely moved as a result. However, the report says that if the recently passed tax amnesty scheme succeeds, the repatriation of funds, together with the easing of monetary and macro-prudential policies by raising loan to value and financing to value ratios for instance, could boost demand for prime residential properties.

In Singapore, the prices of luxury homes started rising in the second half of 2015 after tumbling by more than 20% in the previous one and a half years according to Knight Frank’s Prime Global Cities Index. The report says that prime residential land prices could stabilise in the near future.

Demand for prime land in Bangkok remained robust due to limited availability. Nearby, Phnom Penh continued to outperform other cities in Southeast Asia, although price growth is decelerating.