Music-industry veteran Tommy Mottola has sold his 324-acre ranch near Aspen, Colo. for nearly $17.8 million, about 35% less than his $27.5 million asking price in June.

The deal is the biggest in the Aspen area so far this year, says Mr. Mottola's agent Joshua Saslove of Joshua & Co., an affiliate of Christie's International Real Estate.

The former chairman and chief executive of Sony Music Entertainment bought the ranch in 2003 for $14.7 million.

"We sat in the backyard and we looked at the mountains and said, ‘That's it,'" Mr. Mottola told the Journal in June, recalling the moment he and his wife, the Mexican singer Thalia, decided to buy the property.

He said they were selling because they were spending less time there. The property is located in Wildcat Ranch, a gated luxury development the actor Michael Douglas helped develop in the 1990s.

There's a five-bedroom, 11,000-square-foot log cabin-style main house decorated in a Western theme. There are also two guest houses. The new owner could not be identified.

The deal follows several big buys in the area last year. Hedge-fund manager John Paulson paid $24.5 million in June for an estate with bells like a sandy beach and a 13,000-square-foot main house with a disappearing wall of glass. 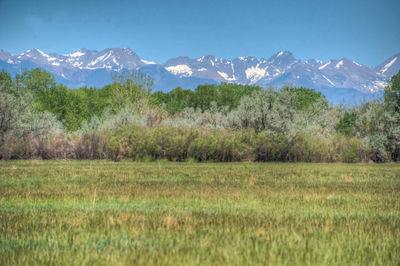