Croatia - The New Tourism Star of the European Union

There was more good news this year for Croatian tourism, this time film awards, with the awarding of a 'Tourism Oscar' to Ana Rucner's Ode to Joy video in Berlin in March 2012. The promotional film, produced for the Croatian National Tourist Board, and featuring the country's star cellist, takes viewers on a spectacular journey through the heritage, nature and culture of the country. The video was somewhat controversial when first released in that it was a major departure from the tourist board's traditional approach of focusing on the Adriatic coast and islands under the slogan The Mediterranean as it Once Was, but that decision has been departure has been more than vindicated with the prestigious award of Das Goldene Stadttor at the ITB Tourism Fair in Berlin.

Receiving the award, Niko Bulic, acting Director of the General Office of the Croatian National Tourist Board, which is promoting the country through a new slogan - Croatia, the New Tourism Star of the European Union - was understandably delighted with the award: "It is primarily intended to show to foreign markets and will further promote the fact that Croatia will soon become the 28th member of the European Union," Bulic said. Croatia had strong early demand for its 2012 season, with high profile recognition of Dubrovnik and the island of Hvar in particular fuelling interest.

Dubrovnik was hailed the King of Croatian Tourism at a presentation in New York in March, also attented by Bulic, while Hvar's endorsements include Lonely Planet's number 5 destination for 2012, Conde Nast's top ten islands in Europe, as well as the inclusion in the week's list by Yahoo of 10 Amazing Undiscovered Islands.

The UK travel trade publication Selling Short Breaks has announced the winners of its Travel Agents Choice Awards 2012, with Croatia picking up an award for 'Up and Coming Short Haul Destination of the Year'

Croatian Minister of Tourism Veljko Ostojic and the new Director of Croatian Tourist Board Head Office Meri Matesic were presented with the Travel Agents Award for 2012 in the category Up and Coming Short Haul Destination of the Year during a press conference held at one of the most important travel expos in the world - World travel Market in London.

Travel Agents Choice Award is the only travel awards entirely nominated and voted for by travel retailers in the United Kingdom. All the winners were announced on the Sellinglonghaul.com website.

The Travel Agents Choice Awards is organised annually by BMI Publishing Limited, the publisher of UK's leading travel magazine - "Selling Long Haul". The awards recognise and reward the travel industry's star performers and are the only travel awards entirely nominated and voted for by travel retailers and opinion makers in the United Kingdom.

Commenting on the award, the new Director of the Croatian Tourist Board Head office Meri Matesic said „We are delighted to have been recognised as the Upcoming Short Haul Destination of the Year. Operating in such a competitive market as the UK one, it is a great achievement to be recognised by our professional travel retail partners as an outstanding holiday destination".

This award is another great acknowledgement for Croatia in its most successful tourist season to date as well as a confirmation of continuous growth in Great Britain, a market which showed a whopping 23% increase in 2012. Furthermore, ABTA, UK's largest association of travel agencies has chosen Croatia as the host of its 2013 annual conference which will be held in October in Dubrovnik and it will gather more than 700 tourism experts and travel agencies.

During the press conference, Minister Ostojic and HTZ director Matesic both presented the newest efforts in the affirmation of Croatian wines and gastronomy. The journalists had the opportunity to taste some outstanding Croatian wine under the watchful eye of Joe Wadsack, The Sunday Express and Good Food Channel Wine Guru who stated that Croatia is an extremely exciting wine destination both in terms of variety and its autochthonous grape sorts. 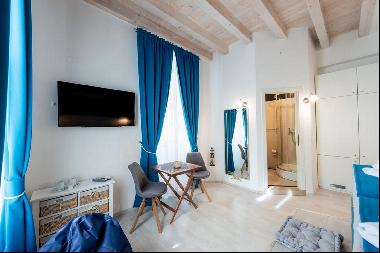