Vietnam real estate market down but not out 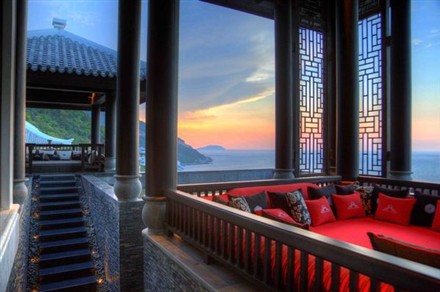 Real estate prices in Vietnam will continue to fall this year, according to Hoa Phat Land director Pham Trung Ha.

To help rescue the economy, the government lowered deposit and lending interest rates by one percent in a bid to provide easier access to finance, The China Post reported.

Ha told the newspaper that he did not expect an immediate positive reaction from the market, saying that homebuyers wanted low interest rates for medium- and long-term loans.

Previously, a preferential interest rate had been provided by commercial banks to real estate companies and homebuyers, but mainly for loans between one to 12 months.

Focus should be placed on speeding up clearance of real estate inventories - like Thailand did in 1998, Truong Chi Kien, deputy director of the Him Lam Thu Do Company, said.

Kien pointed out that homebuyers in Thailand had to pay interest rate of only 0.5 percent in the first two years, which helped create demand. The government could also provide support through tax policies to lower repayments, Kien said.

A support package of VND20-40 trillion (US$961 million-US$1.9 billion) was recently announced by the government to encourage businesses and individuals to take part in the country's housing development.

Nguyen Huu Cuong from Ha Noi Real Estate Club said the credit package would operate efficiently only if it reached its targeted subjects, including investors and homebuyers.

Real estate enterprises should lower their housing prices and even accept losses to improve the liquidity of the market, Cuong said. Experts forecast a boom in low-price apartments this year and next year.