Dubai the worst performing housing market in the world, Hong Kong the best

Over the past six months, the desperately tumultuous housing markets of Greece, Spain and Portugal have all successfully surpassed Dubai's rock bottom real estate sector, according to a survey published by property consultancy Knight Frank.

Although global house prices have increased by 2.8 per cent in the last six months, Dubai has seen a dismal decline of 10.1 per cent, compounded by last year's drop of 6.1 per cent.

This decrease is slightly below Jones Lang La Salle's projected figure of 12 per cent, however it stills demonstrates the lingering frustration of the emirate's property sector.

In contrast to other nascent markets where capital inflow from the U.S Federal Reserve has propelled investment in property, the decline is severe.

Additionally, petrodollars in the Gulf region have failed to boost prices in the Dubai real-estate market.

Hong Kong was the best performing market of the last six months, with an increase of 10.1 per cent and an overwhelming rise 20.1 per cent in the last year.

The combined markets of Shanghai and Beijing have also seen an impressive growth of 15.3 per cent in the year.

"In Q2 2010 the proportion of countries in our index recording negative quarterly growth was less than a third at 31%, in Q3 the figure was 35%, in our most recent Q4 figures the proportion is 41%," said Liam Bailey, Head of Residential Research at Knight Frank.

"The impact of ‘hot money' created by quantitative easing may be dissipating, especially in Asia, where the 30 per cent, 40 per cent, 50 per cent and even higher annual rates of growth, which were common in some Chinese and Indian cities a year ago, have now cooled considerably."

There have been recent pockets of stabilisation, yet the residential market will endure the issue of over-supply, with prices not expected to recover before 2012, allowing emerging, mainly Asian markets, to catch up. However, Knight Frank believe many of these former "hot markets" will see price drops later in the year.

With Dubai's housing supply showing no signs of waning, it looks like the hard time will continue in the coming quarters. 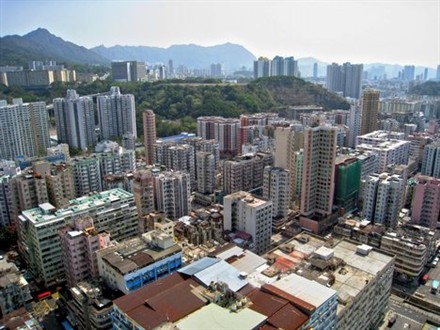