Mainland buyers for Hong Kong property at an all time high 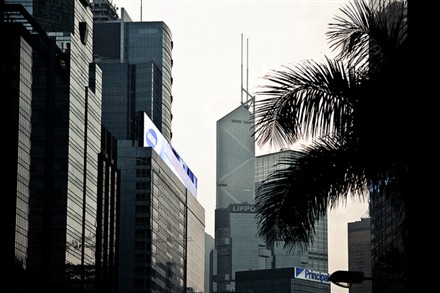 Since the beginning of 2009, the prices for Hong Kong real estate have skyrocketed by 78 per cent, but that hasn't stopped mainland buyers from flocking to the region.

Brokers estimate that around 30-40 per cent of all deals this year have been made with mainland buyers, making it the highest ratio ever.

While a lot of Chinese cities restrict their citizens from owning more than two apartments per family, the free-market Hong Kong has no restrictions on real estate ownership, making it a highly desirable destination for mainland investors.

The Hong Kong government's efforts to reign in the rampant market, such as buyers having to pay between 40-50 per cent on homes up front, have effectively made it more difficult for locals to buy and to remain competitive with mainlanders, who mostly prefer paying in full, instead of getting financed.

Although the economic uncertainty has made investors more cautious, Hong Kong is targeting overseas buyers by offering them loans at 10 percentage points less than the rate for Hong Kongers, regardless of the value.

To attract new buyers, the government, owner of almost all unused land, has promised to double the amount of supply sold to developers.

Despite the fact that the anti-speculation measures have had little to no effect on cooling the market directly, the mainland buyers have been selling less than 8 per cent of their Hong Kong properties, instead looking at them as long term investments, stabilizing the market artificially.