The world's biggest real-estate bubbles, from Hong Kong to London 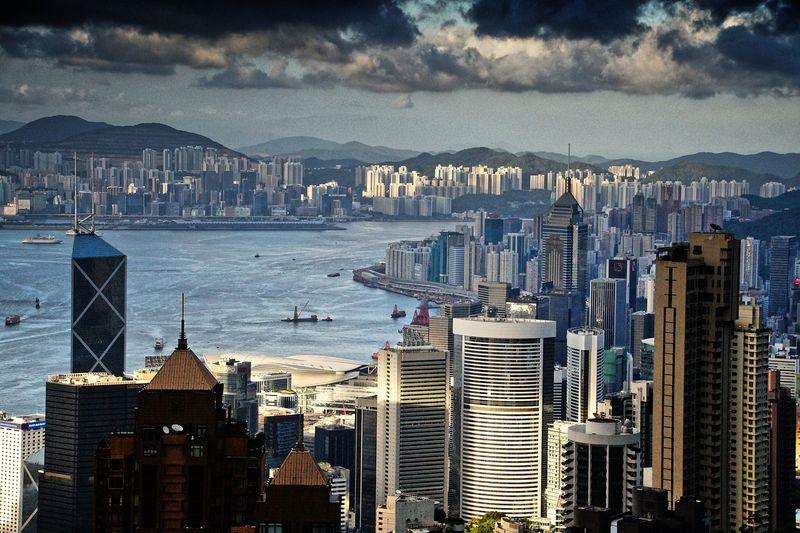 Housing prices in Hong Kong are the most overvalued and at the greatest risk of collapse, according to a report focused on 20 major cities.

Los Angeles, Zurich, Tokyo, Geneva and New York are merely deemed overvalued, while Chicago is the only city included in the list that is viewed as undervalued.

The UBS researchers found a widespread breadth of the rise in property prices in major cities with prices increasing 35% on average over the last five years. 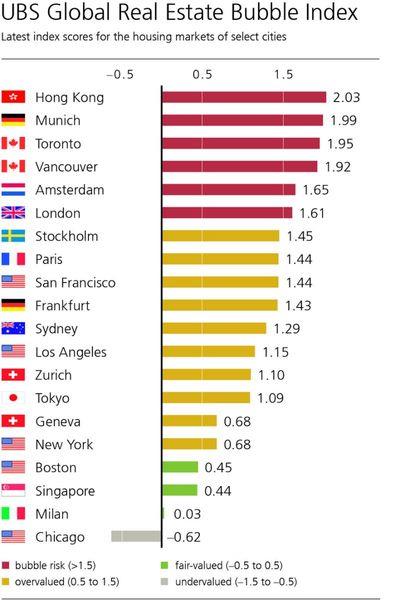 They identified price bubbles as regularly recurring phenomenon in property, defining them as "a substantial and sustained mispricing of an asset." The report said typical signs include a decoupling of prices from local incomes and rents, as well as excessive construction or bank lending.

"Although many financial centers remain at risk of a housing bubble, we should not compare today's situation with pre-crisis conditions," Mark Haefele, chief investment officer at UBS Global Wealth Management, said in a statement.