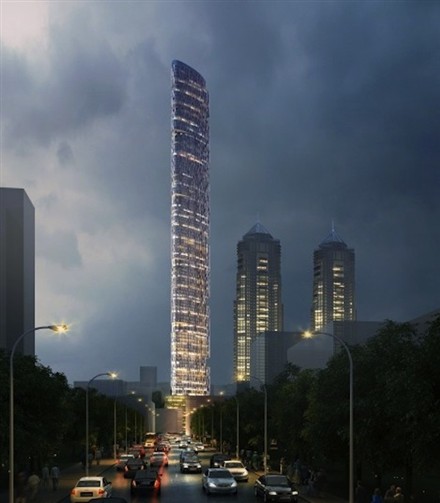 The 400-metre-high, 116-storey Imperial Tower would become the tallest building in the Indian city if construction goes ahead.

The tower would have a slender, aerodynamic shape designed to "confuse the wind" and withstand strong currents, according to Adrian Smith + Gordon Gill Architecture.

The proposal includes plans for 132 residential units, some as large as 1,115 square metres, along with smaller serviced apartments.