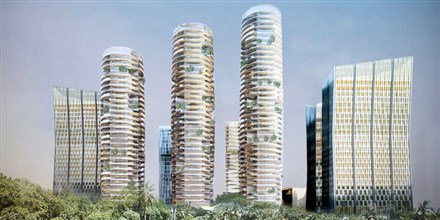 Four Seasons Hotels and Resorts this week announced plans to partner with National Capital Region-based real estate firm 3C to manage branded residences at the Delhi One project in the Indian city of Noida.

Four Seasons is set to offer 180 branded residences at the 12.5-acre mixed-use development. Upon completion in 2016, the project will boast three towers of Four Seasons Private Residences, in addition to five commercial towers and retail outlets.

Four Seasons already has a presence in India with one operational hotel in Mumbai and other projects in Bangalore and Goa in the pipeline.

"India has a huge growth potential, with a growing middle class, its population is increasing," Four Seasons Hotels and Resorts Asia Pacific hotel operation president Chris Hart said. "Also, the number of outbound travellers from India is increasing. So , we need our brand presence here. When people travel abroad they would like to stay with us."