The world's tallest building is planned for… Iraq 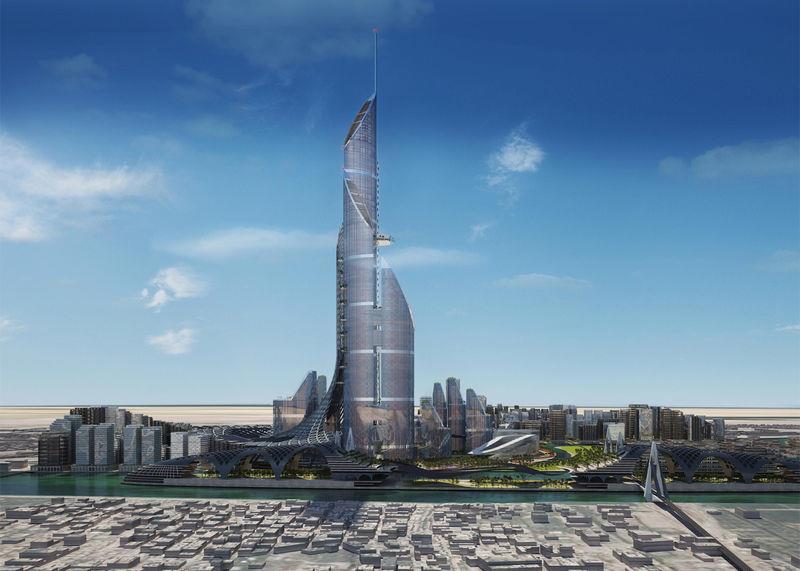 AMBS Architects has proposed a 1,152-metre-tall skyscraper for Iraq's Basra Province, which would surpass Jeddah's Kingdom Tower and Dubai's Burj Khalifa to become the tallest building in the world.

Composed of four conjoined towers, The Bride tower's 230 storeys would be topped by an 188-metre-tall antenna.

This would make the structure 152 metres higher than the planned height of the Kingdom Tower, currently under construction in the Saudi Arabian city.

The firm described its skyscraper as "the first vertical city in the world", saying it will not only be the tallest structure but will break new ground in engineering and vertical transportation.

The Bride is designed to house offices, hotels, residential areas, commercial centres, parks and gardens, and even its own rail network across the 1,550,908 square metres of floor space.

"In contrast to a conventional tower, The Bride will be a place that may be enjoyed by all, not only for the ones that live and work there, but also the rest of the public," the firm said in a statement.