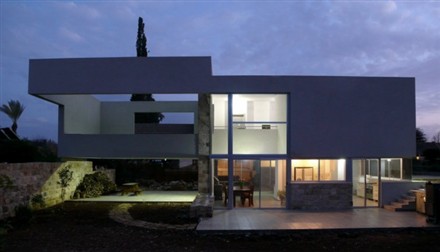 This is a preservation and an extension of a historic heritage monument on the first street in Yessod Hammala, which was built by the ‘pioneers' in the late 19th century. 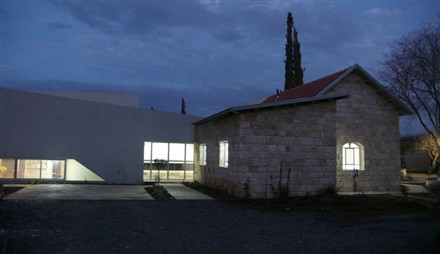 It's located in a tourist area and this makes it possible (or at least part of it) to be used in the future as a boutique hotel or for another commercial use. 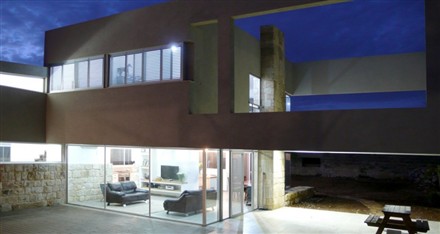 This was the prime reason of creating one long corridor crossing the entire site which connects all kind of (outside) spaces that can be joined or rejoined in different phases for the future.

The complex can by used as one, two or even three living units, one house with commercial space or guest rooms or even the whole complex as one hotel. 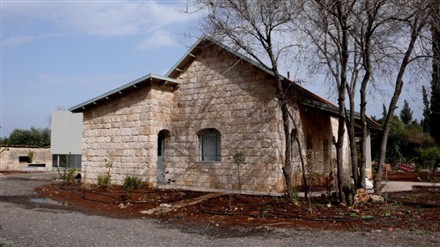 The facades of the historical house has been preserved; however, the scheme introduces a split level space, halfway dug in the ground in order not to exceed the height of the historic house.

This split level space gives the (outside) spaces privacy from the (touristy) street as well as the possibility to have some higher spaces open to the breeze during warm evenings. 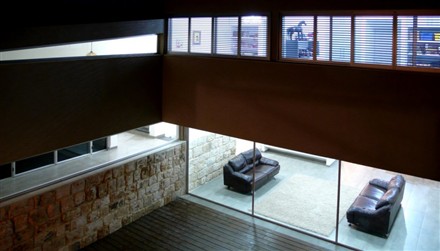 The new edition to the old house has been constructed as a floating box above the ground floor, which gives shade and protection for the main living space below on the ground floor.

The ground floor itself has been designed as if the landscape goes continuously across the whole yard while partially enclosed by glass walls. This ‘modern box' is being supported by stone fences which are so typical on this street. 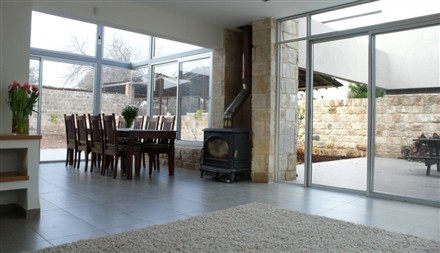 Architecturally Designed Apartment In A Luxury Tower In Giv’atayim 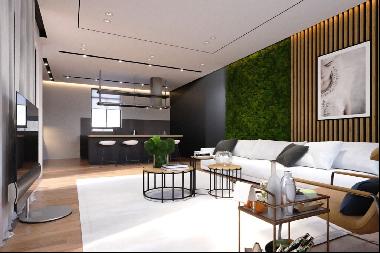