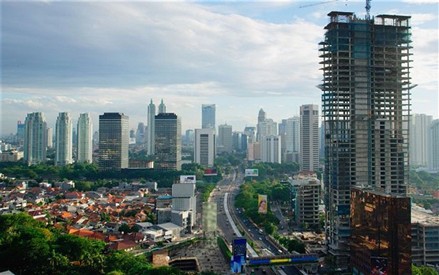 Strong demand from expatriates in Europe, India, Japan, Saudi Arabia, South Korea and the US has propelled apartment rental rates up by nearly 15 percent in Jakarta compared with the same period last year, a Bank Indonesia (BI) survey concluded.

The survey shows a sharp increase in rental rates for upscale apartments in Jakarta as expatriates prefer to rent apartments near business districts in the capital, while the supply in such areas is limited.

As of the end of the second quarter, the number of leased apartments stood at 11,782 units, The Jakarta Post reported.

"In addition, more expatriates prefer to rent apartments near business centers in the capital as our economy grows stronger. Hence, the increase in rental costs," Tranghanda said, adding that around 45,000 expatriates currently resided in upscale apartments in Jakarta.

Separately, Colliers International's associate research director, Ferry Salanto, said the growing demand from expats to rent upscale apartments was a sign for the government to allow foreigners to own condominiums in Indonesia.

"I think expatriates would contribute more to the state income through taxes if they were allowed to actually own the apartments," Salanto said. "But, of course, there should be strong measures in place before doing that."

In the past, efforts to open the property market to foreigners were hampered by the prohibition on land ownership, which remains intact as demanded by existing laws.

Currently, the Indonesia government is mulling a regulation to overcome that problem by simply providing foreigners with the right to apply for the purchase of a Building Ownership Certificate (SKBG) that would be separate from land rights.