The hilltop estate of a prominent San Diego newspaper family has hit the market for $28 million, according to listing agent Greg Noonan of Berkshire Hathaway Home Services.

Called "Fox Hill," the 8¼-acre La Jolla estate was the home of the Copley family, longtime owners of the San Diego Union-Tribune.

Their company, the Copley Press, at one time owned about 15 newspapers in California and in the Midwest, but publisher David Copley sold most of the company's assets before his death in 2012.

Fox Hill is being sold by his estate, which is held by the David C. Copley Trust, according to trustee Dean Dwyer, who is president of the Copley Press.

The 14,000-square-foot, seven bedroom, 9½-bathroom French Country manor is located on Country Club Drive on a hill overlooking the ocean. 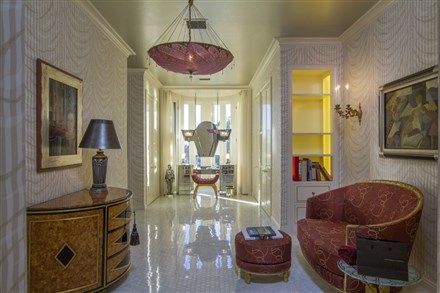 It has a gym, a guesthouse, a courtyard with a pool and a pool house. The grounds include a large circular motor court and two garages with space for 12 cars, as well as an orchard, vegetable and flower gardens and wooded paths.

The house was built in the 1950s by Union-Tribune publisher James Copley. After James and his wife, Helen, died, David, their son, restored the home and added a new wing in 2012.

That acreage is in the process of being subdivided for potential development and isn't listed for sale, but the company would consider selling it. It had been listed in 2009 at $22 million, then taken off the market, he said. 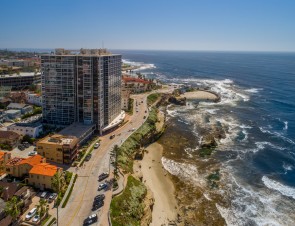