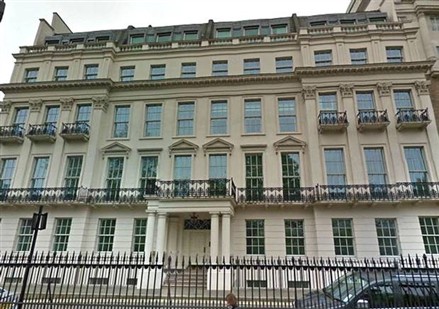 Britain's most expensive house has gone on the market for an eye-watering £300million.

Covering 60,000 square feet, the seven-storey pile runs from 2 to 8A Rutland Gate in Knightsbridge.

The mansion was owned by former Lebanese prime minister Rafiq Hariri, a billionaire tycoon who was assassinated in a bomb blast in Beirut in 2005.

Property consultant Charles McDowell told the Financial Times: "It is a truly rarefied property on the market and whoever buys it is going to pay a lot of premium for the unusual size in that location.

"You are going to have to wait a long, long time for something like this to come on the market again."

According to the newspaper, the Rutland Gate property is being marketed privately to select international buyers.

The current UK record house price of £140million was set in August last year when 300-year-old Park Place near Henley-on-Thames, Oxfordshire, was sold to a Russian buyer.