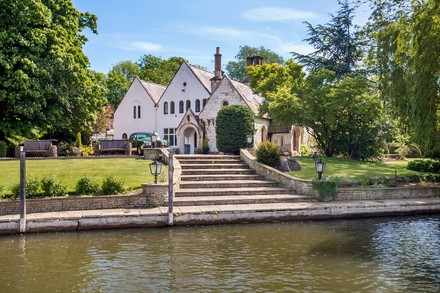 The 3.725-acre island, in the Thames near London, could be the spot where King John met with his rebellious barons to place his seal on the document, according to Nicholas Vincent, professor of medieval history at the University of East Anglia.

He added that it's impossible to know for sure where the event occurred, especially because the river has changed course over the centuries.

In 1967, the family of owner Graham Cooper bought the island, which now has a 7-bedroom, 2-bathroom private home. 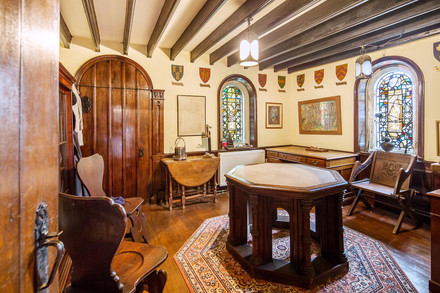 The building was constructed in the 1600s as a two-room chapel commemorating the Magna Carta. It was expanded over the years and eventually transformed into a large house in 1834 by George Simon Harcourt, the sheriff of the county.

The house has a Magna Carta memorial room containing a stone upon which King John sealed the document. The room has stained-glass windows and the crests of King John and 25 barons.

When Mr. Cooper's father, a banker who worked in London, bought the house, it hadn't been lived in for some time and "was in a very sorry state," he said.

The family restored and renovated the house, putting on a new roof and installing an outdoor swimming pool. 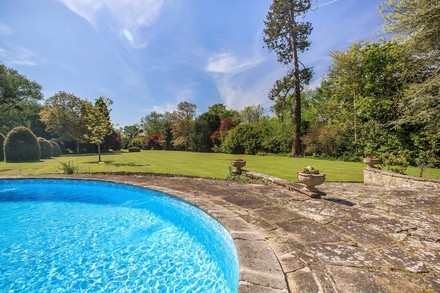 Mr. Cooper recalls the rainy day in 1974 when Queen Elizabeth visited the house, planting a walnut tree in the garden to commemorate the signing of the Magna Carta.

The 4,480-square-foot house has a dining room that seats about 16 people, and a staff cottage with two bedrooms and a bathroom, according to listing agent, Stuart Cole of United Kingdom Sotheby's International Realty.

The island has some 437 yards of frontage on the Thames, and there are expansive lawns with flower beds and an apple orchard. A small bridge connects the island to the mainland, Mr. Cole said.