A Bel Air Estate With Winery Lists for $29.5 Million 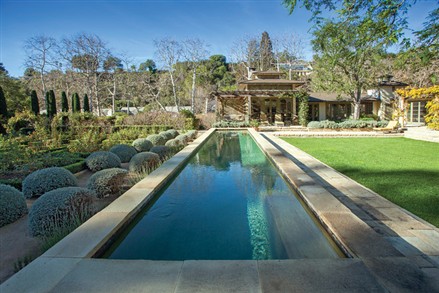 The 13-acre Bel Air estate and winery of the Moraga Vineyards owners is for sale for $29.5 million.

A guesthouse across a large lawn has two bedrooms and two bathrooms. Hollywood director Victor Fleming, known for "Gone With the Wind" and "The Wizard of Oz," built the home in the 1930s. Most rooms open up to a large garden with a lap pool.

The property includes vineyards and a 2,300-square-foot winery that produces about 1,500 cases a year, says listing agent Jim Kline of Surterre Properties in Newport Beach, Calif.

There are also staff quarters, a tasting room and wine cave and about $4 million of wine inventory included in the sale, Mr. Kline says.

Sellers Tom and Ruth Jones bought the property in 1959 and began planting vineyards of Cabernet Sauvignon, Merlot, Petit Verdot, Cabernet Franc and Sauvignon Blanc in the late 1970s, after they determined that the soil content was similar to that of France's Bordeaux region.

Mr. Kline says the couple is selling because they're getting older and are ready to pass on the vineyard to "someone who will carry on their story." 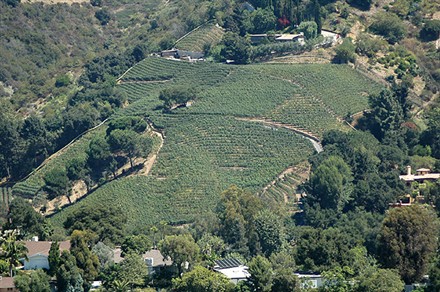