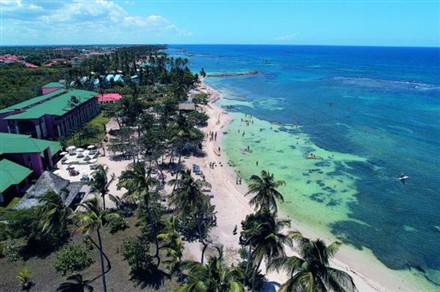 Mexico is on course to change the rules that restrict foreign buyers from buying property on coastal plots and its borders.

The lower house of congress has voted to loosen the longstanding restrictions but change still needs to be approved by the Senate and by Mexico's 32 state legislatures.

Currently the only way foreigners can buy much sought after beachside property is through front companies as Article 27 of the Constitution prohibits non-Mexicans from directly owning land within 31 miles of the coast and 62 miles of the nation's borders.

That means buying a property through Mexican companies or real estate trusts which then lease the property back to its foreign occupant for an annual fee.

It is though that between 2000 and 2012 some 49,000 foreigners bought beachside property this way but the time involved and extensive paperwork has put off a lot of overseas buyers and there is a lot of support for change.

The change would allow foreigners to buy beachside property for residential purposes but they would not be allowed to buy commercial property.

There are already a large number of foreign owned holiday homes in the country but the most sought after are on the coast.

The change would boost the coffers of local business and councils. It is claimed that on average a foreign couple owning a home spends between US$3,200 and US$4,300 per month when they are in the country.

Supporters also point out that the current restrictions hark back to the 19th century when Mexico was frequently invaded and there is now no need to restrict foreign ownership along the country's borders.

By opening up this sector of the real estate market there could be increased demand from Americans seeking a second home just across the border.