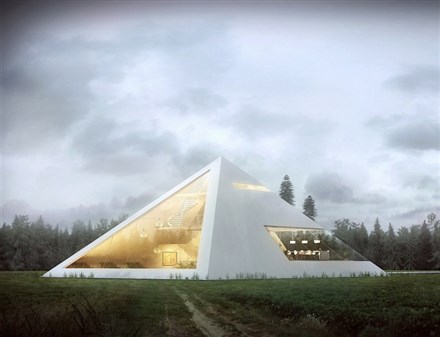 Mexican architect has created designs for an unique pyramid house that has been inspired by the ancient Egyptians.

The geometric shaped design by Juan Carlos Ramos was created for an architectural competition and has been widely praised for its vision and innovation.

It has a sleek glass and concrete exterior with a modern open floor plan interior over three levels and connected by a floating staircase. There's even a futuristic carport. The only thing missing is a sphinx.

The glass walls that offer exceptional views of the surrounding landscape and allow natural light to penetrate its deepest corners. There are multiple windows cut out of the four large triangular facades and an enormous window cover one entire side. 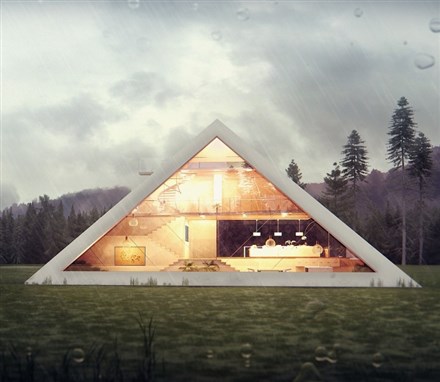 In all the design contains two bedrooms, a library, kitchen, bathrooms, garage and even a recording studio. A cantilevered balcony is situated near the top of the building between the bathroom and library.

All the rooms have been cleverly designed to fit into what is an unconventional shape for a home.

Ramos used 3D rendering software to create the photo realistic designs that show off how such simple geometric shapes can be deployed in residential architecture.

Although the design was inspired by the ancient pyramids of Egypt, the shape also has a lot of resonance in Mexico with its ancient Mayan architecture. 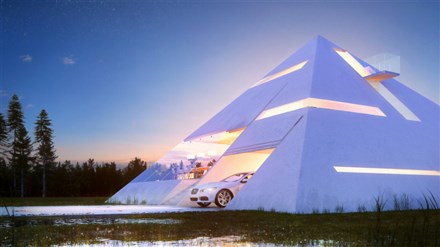