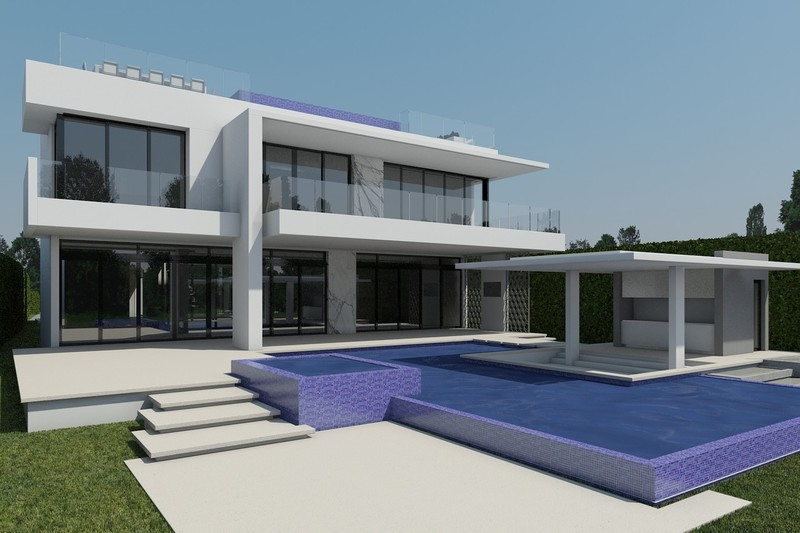 The house is located on a ½-acre lot on North Bay Road, an exclusive waterfront stretch where actor Matt Damon recently sold a house.

The home will be roughly 14,000 square feet and will include seven bedrooms, 10 bathrooms and two kitchens.

There will be two pools, one of which is located on the more than 3,300-square-foot roof deck overlooking Biscayne Bay.

Construction began in August 2013 and will wrap up in the spring, said listing agent Mirce Curkoski with ONE Sotheby’s International Realty. Mr. de Berdouare is a co-listing agent.

The home will include a movie theater with seating for eight, an atrium with a vertical garden and waterfall feature, an elevator and a bathtub “for a Roman emperor,” cut from a single piece of marble from Italy, Mr. de Berdouare said.

There is also more than 100 feet of water frontage on the property. He said he has put about $11 million into construction and custom-built Italian furnishings, which will be included in the sale.

The Heart Of Miami Beach The Soul Of The Côte D'azur : Penthouse

The Heart Of Miami Beach The Soul Of The Côte D'azur

The Penthouse Of All Penthouses!!!

The Heart Of Miami Beach The Soul Of The Côte D'azur