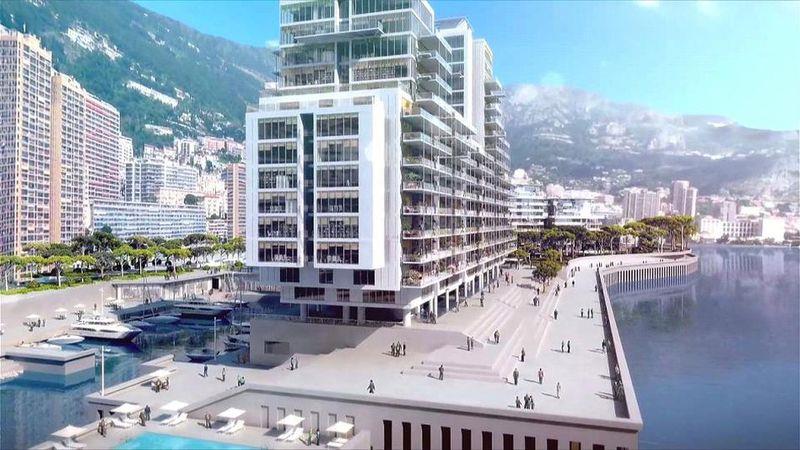 There is a growing appetite for new build apartments in Monaco from overseas buyers and locals despite a lack of land for new developments, new research shows.

Some 50 new apartments changed hands in Monaco in 2017, up from 33 in the previous year while the resales market saw a marginal dip in sales from 520 to 406, according to a new report from international real estate firm Knight Frank.

Although the majority of sales were priced below €5 million in 2017, the €5 million plus market segment has risen significantly over the last decade. In 2008, properties above €5 million accounted for 12% of sales, by 2017, this figure had jumped to 23%.

‘The market remains healthy and it has largely been business as usual over the last year. The most notable trend is the growing appetite for new build apartments,’ said Edward de Mallet Morgan, head of Knight Frank’s Monaco desk.

He pointed out that liquidity in this market segment has been good and there is no capital gains tax in Monaco, which elsewhere may deter some owners from moving home, but its absence in Monaco assists market liquidity.

Demand comes from buyers from across the world but de Mallet said that there is also a strong appetite for the new build schemes amongst local residents and Monégasques. An analysis of Knight Frank online property search data confirms that currently there is strong demand from the United States and Scandinavia.

‘Monaco is moving with the times as it embarks on an overhaul of many of its public spaces, including a new college, concert hall and media library, all part of the Ilot Pasteur project due for completion in 2021. Tax incentives will remain a key draw for wealthy buyers who want a base in Europe but for many the quality of life, good schools, privacy and security also rank highly,’ said de Mallet.

‘Over the next 15 years I expect Monaco’s skyline to change significantly. Demand is only going to strengthen and despite efforts to increase supply via land reclamation projects such as Le Portier, supply will not keep pace, meaning developers will increasingly need to build upwards,’ he added.

‘Architecture will be ground breaking and we may see Monaco emerge as a world leader in green technologies and environmental development given Prince Albert’s commitment to the green agenda,’ he concluded.

3 Roomed Apartment With View On Sea And Principality