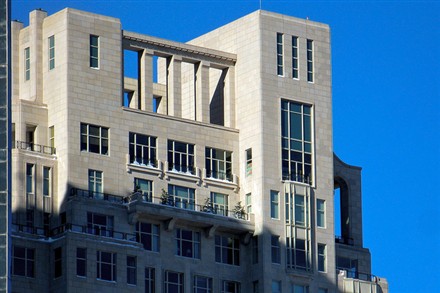 The apartment itself boasts 10 rooms, including 4 bedrooms, a wraparound terrace and two wood burning fireplaces.

Real estate boss Jonathan Miller told said, "This sale is an outlier. It works out to be about $13,000 per sq. foot, the highest on record, for anything, that has ever occurred".

The previous record for real estate sale in Manhattan stands at $53million - paid by J. Christopher Flowers for the Harkness Mansion in 2006.

The sellers of the new property are former Citigroup CEO Sandy Weill and his wife Joan, who bought the apartment themselves for a then record $42.4million.

According to a statement from her representatives published in Forbes, Rybolovleva was born in Russia, is a resident of Monaco and has lived in Monaco and Switzerland for the past 15 years.

Rybolovlev is one of the small group of Russians who became fabulously wealthy during the post-Soviet privatization of the economy and are known as oligarchs.