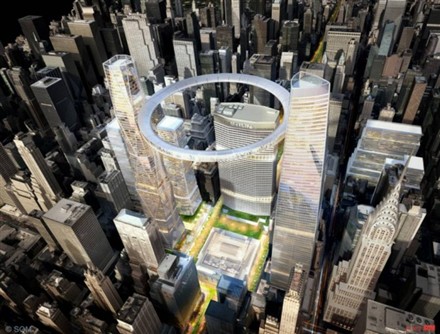 The observation deck would have the ability to move up and down, suspended between two skyscrapers.

The doughnut-shaped structure would be attached to the sides of two new office towers, which would fit in with the current rezoning proposals of the New York City planning department, designating it as a commercial area.

The plans also include new pedestrian routes to help ease congestion, as well as a series of public spaces that are privately owned and managed.

The proposal is part of a plan initiated by the Municipal Art Society of New York to "keep midtown from becoming an auxiliary neighborhood to Times Square, full of hotels and chain restaurants."

MAS NYC invited three architecture firms who have successfully created structures in New York before to submit their rezoning plans to revamp the 100-year-old station." 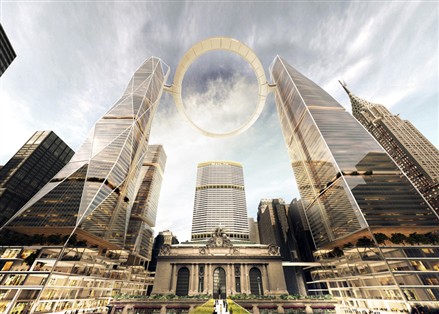