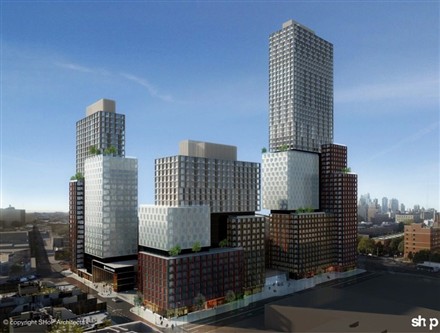 At the groundbreaking, developers Forest City Ratner displayed one of the 930 modular chassis that will be combined to build the tower, called B2.

60% of the construction will be completed off-site at the Brooklyn Naval Yard before being transported to the site as pre-fabricated modules. 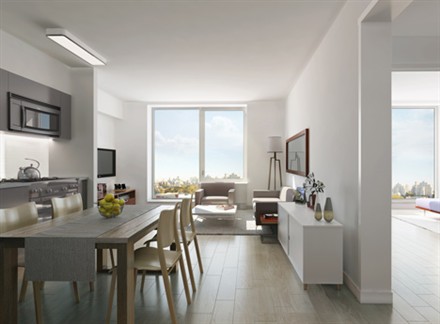 B2 is the first of three new residential towers planned around the Barclays Center, the 19,000-seat indoor sports and music arena that opened this September.

Both were designed by Manhattan-based firm SHoP Architects as part of the controversial Atlantic Yards development, which has attracted criticism from residents over its lack of transparency.

The three buildings will provide around 1500 residential units in total, half of which will be earmarked as affordable housing. B2's 363 apartments are expected to be available for occupancy in summer 2014. 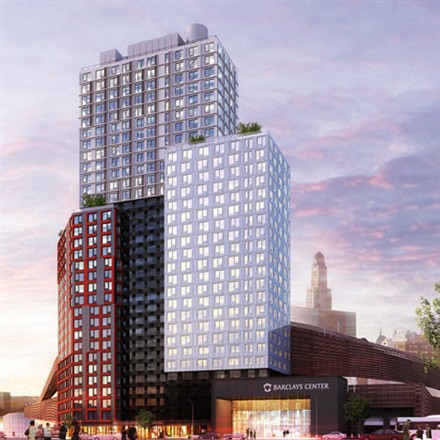