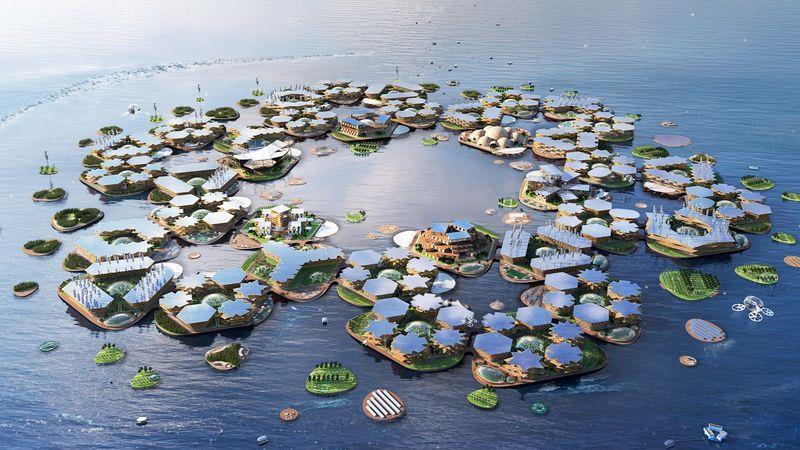 Bjarke Ingels Group (BIG) and a company called Oceanix presented a wild concept for floating cities at the UN this week, imagining completely self-sufficient communities in the era of sea level rise.

Called Oceanix City, the concept consists of buoyant islands clustered together in groups of six to form villages.

These clusters would then be repeated in multiples of six to form a 12-hectare village for 1,650 residents, and then again to form an archipelago home to 10,000 citizens. 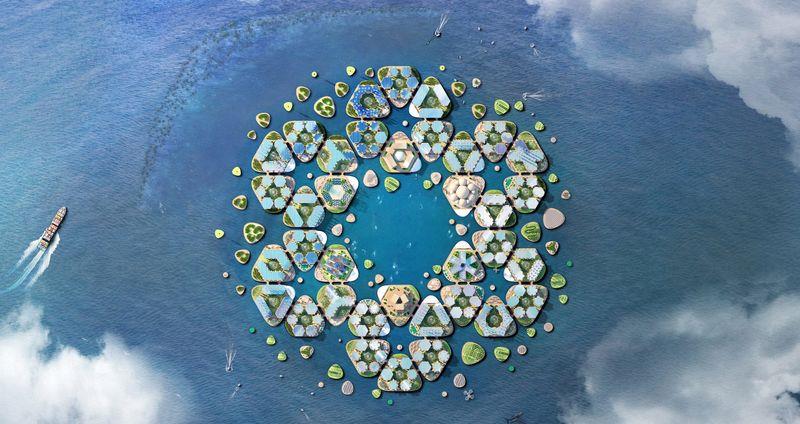 Oceanix City is intended to provide a habitable, off-shore environment in the event of rising sea levels, which are expected to affect 90% of the world's coastal cities by 2050.

Each of the modules would be built on land and then towed to sea, where they would be anchored in place. The miniature islands are also designed to survive a category-five hurricane. 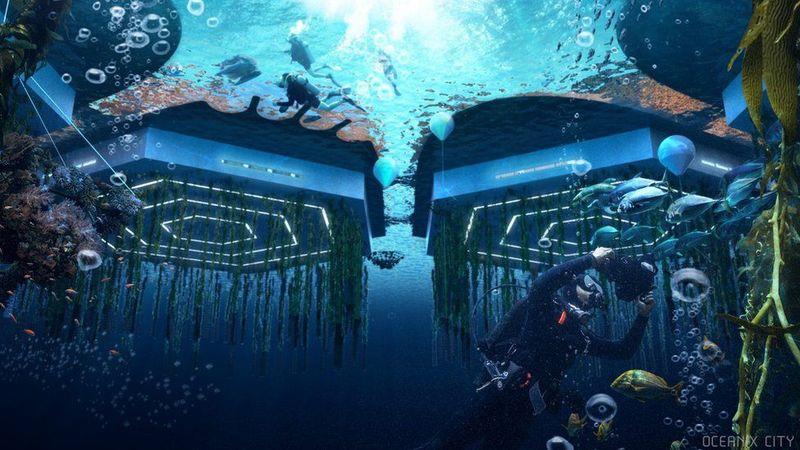 Arrangements would be flexible so that the cities could be moved if water levels became too low.

BIG intends the buildings atop to be constructed from locally sourced "replenishable" materials such wood and fast-growing bamboo, which also offer "warmth and softness to touch". 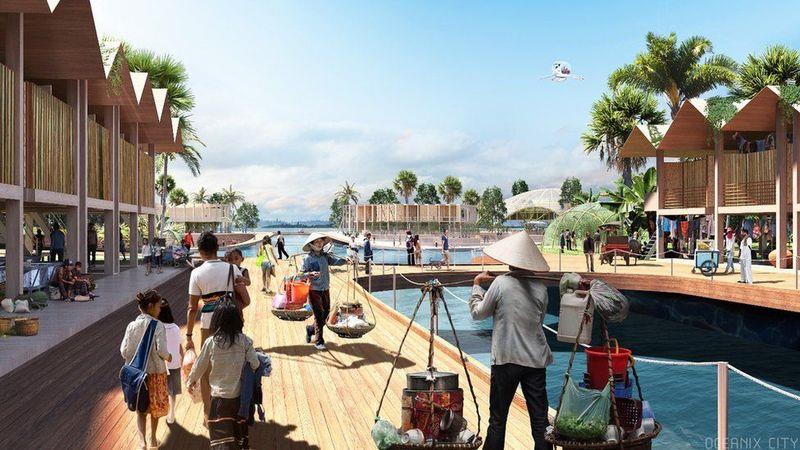 A number of renewable energy resources, such as wind and water turbines and solar panels are also incorporated. Food production and farming would be integrated and follow a zero-waste policy.

Every island has 3,000 square metres of outdoor agriculture that will also be designed so that it can be enjoyed as free space. 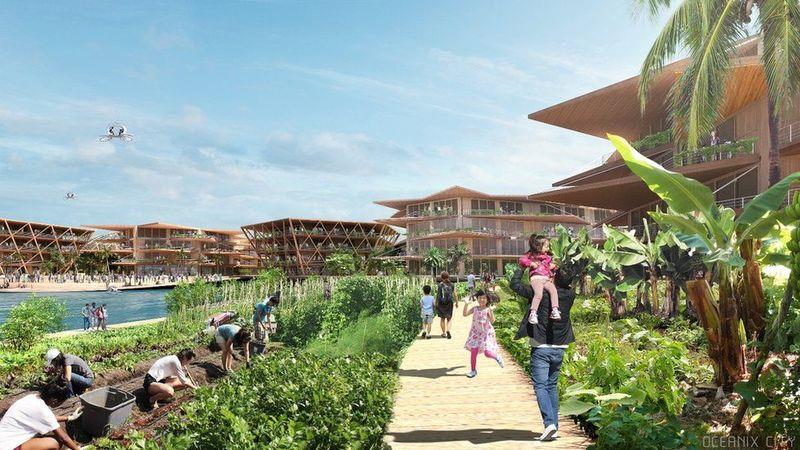 Structures populating the modules will be low-level – predicted to rise four to seven stories – in order to keep the centre of gravity.  Renderings show that the buildings will taper out towards the top to provide shading and also extra roof space for solar panels.

Each mini-village will include a community framework for living, including water baths, markets, spiritual and cultural hubs, but BIG intends the Oceanix City to be adaptable to "any culture, any architecture". 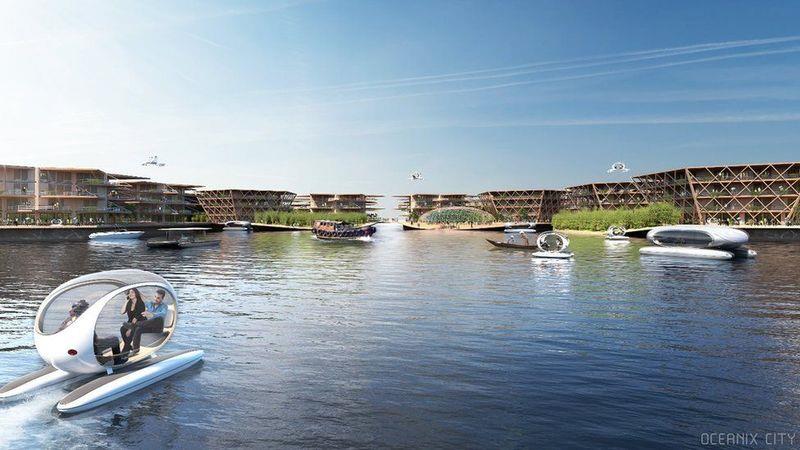 Another major benefit of the floating city, according to Oceanix co-founder Marc Collins Chen, is that it is an example of an affordable development, which could offer a solution to displaced societies.

Read the rest of the story @ Dezeen