Fashion designer Christian Lacroix has sold a Paris apartment for €1.2 million, or about $1.8 million. Mr. Lacroix originally listed the apartment in January for €2 million. The 2,150-square-foot apartment is part of a late-17th-century building in the Marais district, near the Place des Vosges and the Picasso Museum. There's also a mezzanine library. The ceilings are 13 feet high and the apartment has many classic original details, including gilded moldings in the master bedrooms and French doors. Mr. Lacroix has already relocated to another apartment in the same neighborhood according to his listing agent, Xavier Attal, of Paris-based Immo Best International properties. 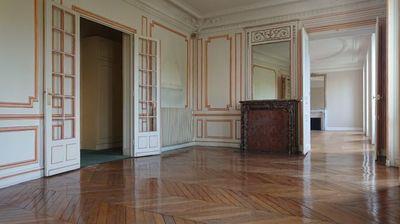