Residential property projects in Phuket continue to be in strong demand - from both local and foreign markets.

Last year, and into 2012, Phuket's luxury residential market was negatively impacted by the European debt crisis causing a slow in both demand and development.

Recent demand from Asian foreign markets, including Singapore, Hong Kong, India, and Malaysia as well as increased demand from Thai citizens has forced Bangkok property firms to expand their investments upon the island of Phuket.

The supply of Phuket's residential units was up eight per cent to 7,320, year-on-year, said Uthai Uthaisangsuk, Sansiri senior vice president for business development and condominium development.

The condominium market has advanced at the fastest rate, followed by detached houses and townhouses.

Demand for residential supply is largely concentrated on the downtown area of Phuket, in the east of the island. There is, however, demand for property in the wester and southern ends of Phuket, reported Asia One Business.

In answer to demand and in particular, local demand, Sansiri has launched its latest condominium project under "The Base" brand, The Base Downtown Phuket. Condominiums will start with an asking price of THB1.9 million (US60,031) per unit, worth a total of THB800 million (US$25,282).

Further planned Sansiri projects are scheduled on Phuket, for the second half of this year - with a total investment budget of over THB4.5 billion (US$142.2 million).

Concrete company confidence in the island stems from Phuket's premier tourist destination status, said Uthai. The company's assurance in the Phuket market's potential is reflected in its extension plans, he said.

By increasing its investment in Phuket, Uthai said, Sansiri believes it is contributing to the overall economy of the province.

Presently, Phuket is enjoying a strong economy with further urbanisation and economic development projects on the horizon. 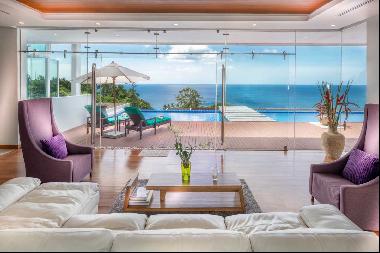