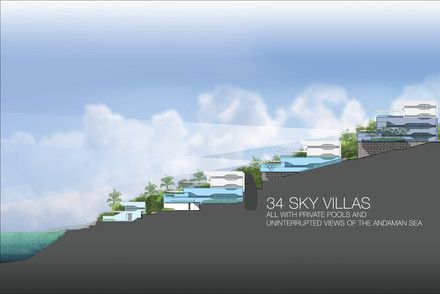 Luxury boutique development Kata Rocks Phuket has announced that it would be formally opening on 28 November 2014, two years after it unveiled its first completed Sky Villa.

Developed by Infinite Luxury, the Original Vision-designed resort residence is situated on a hillside at Kata Point that overlooks the Andaman Sea and the southern portion of Kata Beach.

It features modern tropical aesthetics that fit in the natural topography of the area. 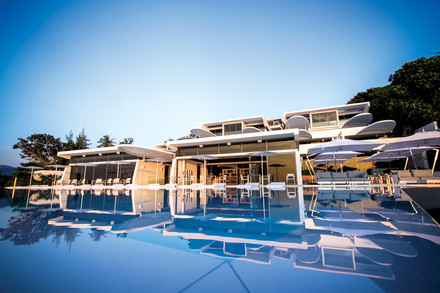 The property also has an easy access to Kata Village, the nearby commercial district filled with luxury shops.

All 34 individual Sky Villas at Kata Rocks Phuket feature an interactive iPad-controlled system that is connected to room service and the mood lighting system, which was designed by Rob Clift, one of London’s leading lighting consultants. 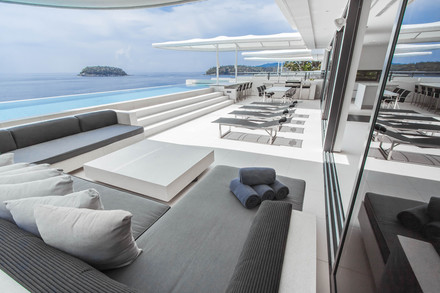 According to the developers, the residential resort offers one-, two-, three- and four-bedroom rental villas that are all privately owned but will be managed by Infinite Luxury, which will provide private yachts for guests.

Kata Rocks’s construction in Phuket was first announced in 2009 and was originally slated for a 2011 opening.

The recently announced November opening coincides with the start of the traditional tourist season on the island.