The Kingdom Holding Company approved the plan to build the USD 30 billion Kingdom Tower in Jeddah the tallest building on Earth that will stand one mile high, Burj-khalifa.eu reports.

The height will take an elevator 12 minutes to get to the top. The 5,280 foot Kingdom Tower will exceed Dubai's 3,281 foot Nakheel Harbor and Tower whose construction was put on hold.

An 8.9 square mile city will also be built around the Kingdom Tower which can accommodate 80,000 people and an additional one million visitors. 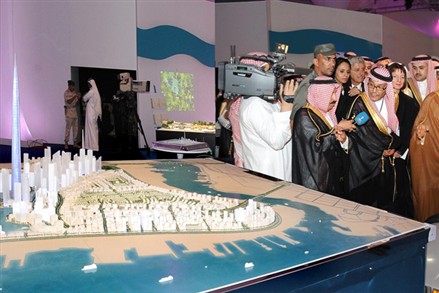 Designed by Mr Adrian Smith the same American architect who designed the Burj Khalifa the building will have 12 million cubic feet of space for offices, a hotel and residential units. Its floor area will be a staggering 38 million square feet.

The Kingdom Tower will be nearly double the height of the existing tallest building on the planet, the 2,717 foot Burj Khalifa in Dubai. It will be erected in Obhur just outside of the port city Jeddah. 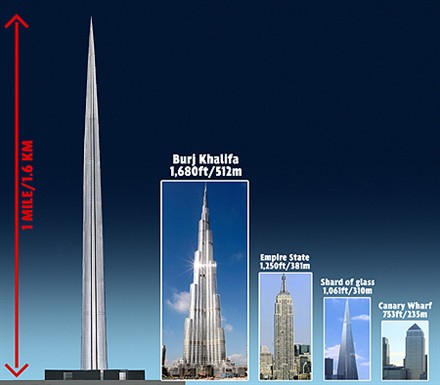