The proportion of mainland Chinese buying residential property in Singapore increased by 3% in the fourth quarter of 2010 in a sign that they are moving away from the over heated Chinese market.

They are expected to continue with their buying spree, according to Chua Chor Hoon, head of DTZ South East Asia Research.

‘Mainland Chinese buyers are expected to continue to be among the top two groups of foreign buyers, as the implementation of property market curbs in China and growing wealth of the mainland Chinese will motivate more of them to make purchases overseas, including Singapore,' she said.

The proliferation of small units in new projects has resulted in an increase in the number of transacted units, each measuring less than 1,000 square feet, in 2010 than in the previous year.

Purchases by companies also increased to 4% in the fourth quarter of 2010 but 3% the previous year. This increase was attributed to investment funds which acquired units in bulks, especially in prime developments.

After the January announcement of more measures aimed at stabilising the residential market, DTZ is predicting a quieter market and says that sub sales activity is likely to drop in 2011 as short term speculation will probably affect the seller's stamp duty (SSD), which was announced in August 2010 and increased in January this year.

At the beginning of the year property prices were still rising despite market cooling measures. Estimates released by the National University of Singapore Institute of Real Estate Studies showed that the overall Singapore Residential Price Index was up 2.6% month on month in January, more than double the 1% increase in the index in December.

The central region sub index, comprising postal districts one to four and nine to 11, jumped 2.7% to 165.3 points, a reversal from a 0.8% fall in December.

Meanwhile, the non central sub index, composed of all remaining districts, was up 2.5% to 158.8 points, slightly higher than the 2.3% increase in December.

Analysts said low interest rates and strong economic growth are pushing home prices up. Some analysts said it is too early for the numbers to reflect the full impact of the cooling measures, others say it is alarming that prices are still rising so quickly.

And they said that if transaction volumes and prices continue to rise, another round of cooling measures cannot be ruled out. ‘If the price increase continues at this pace, certainly I think the authorities will have to look at it,' said Colin Tan, head of research and consultancy at Chesterton Suntec International. 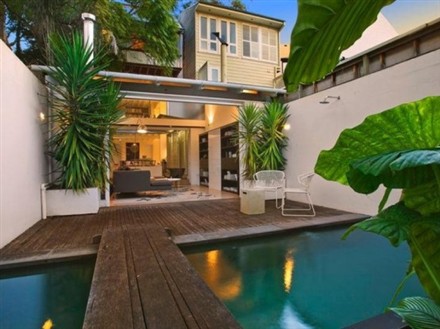