The residential property market in Singapore is too hot and set for a correction in coming months, according to analysts.

Industry experts say prices are already reaching a plateau and transaction volumes are slowing. Some districts have seen transactions drop by up to 88%.

Figures from the Singapore Institute of Surveyors and Valuers (SISV) show that there were only 899 caveats lodged for condominiums in the first three weeks of May compared with 3,060 in April.

And although new condominium projects are still doing well, property agents said homes sales in the secondary or resale market have dropped by up to 20% recently.

According to the Dennis Wee Group buyers are becoming more cautious. ‘Instead of seeing a 30% increase in transactions as in the month before, I only saw a marginal 3.5% increase,' said Chris Koh, director at Dennis Wee Properties.

‘A lot of buyers are pulling their handbrakes. What they feel today is that the seller is asking for too high a price and they are adopting a sit and wait attitude,' he added.

Figures from SISV showed sales falling across various districts as of the middle of last month. The prime districts of 9, 10 and 11 saw a massive 76% drop, while the downtown city area saw the sharpest decline of 88%.

It is also taking longer to close a transaction, according to ECG Property. A deal that used to take about 45 days is now up to 80 days.

Analysts expect the market correction to last between three and six months and some said home prices could fall by an average of 3 to 5%. Some banks may simply not lend at current asking prices, according to Eric Cheng, chief executive officer of ECG Property.

‘That also shows that these prices could be a speculation price instead of a true reflection price. I think the market is going through a slight correction,' he said.

Analysts said prices may also be capped by more land supply due to be released by the Government. Other risk factors include volatile stock markets and the European debt crisis. 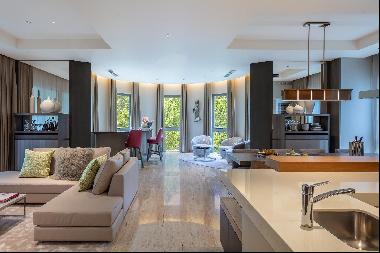 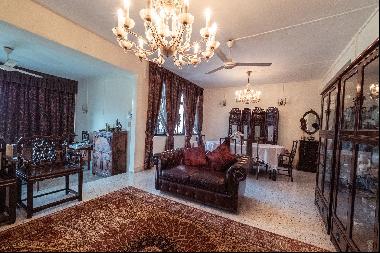