South Korea has announced that it will cut property purchase taxes in a move to offset tougher borrowing rules and keep the recovering housing market from losing strength, Reuters has reported.

The measures come as President Lee Myung-bak and his ruling Grand National Party are suffering falling approval ratings due to rising inflation in the face of upcoming elections in several provinces.

The government has few tools to boost the property market thanks to heavy household debt due to slower growth in disposable incomes, a major economic risk for Asia's fourth-largest economy.

He was speaking on behalf of the three government ministries and a financial regulatory agency involved in the measures.

The move comes after other Asian countries from China to Singapore implemented measures to contain surging property prices.

Analysts said the measures here would not likely give a big boost to the housing market as demand for new homes has slowed, partly on the back of concerns the country's population will start declining a few years from now.

"It will likely have more to do with people's sentiment than having a big boost to the housing market," said Suktae Oh, economist at Standard Chartered in Seoul.

The poor state of the housing market hit hard the shares of construction companies with their stocks posting gains of just over 40 percent since the end of 2008, half the pace of increase in the broader Seoul stock market.

The debt-to-income ratio - the ratio of annual debt servicing costs to income - will be limited at between 40 percent and 60 percent in the capital, Seoul, where about half of the country's 50 million population live.

South Korea eased lending rules in late August 2010 and they were due to expire at the end of this month, although there was speculation they would be maintained.

To prevent the market from cooling too quickly from the tougher lending rules, the government said it would halve home purchase taxes to between 1 percent and 2 percent for the rest of this year, depending on the purchase value, from between 2 percent and 4 percent now.

South Korean housing prices have been gradually recovering since late last year in line with the recovering economy, but rising interest rates and and a population peak in a few years has hit sentiment.

Past shifts in property policy and a tradition of using real estate as a key investment have been blamed for the sharp buildup in household debt, which by one measure is at the highest among OECD member countries. 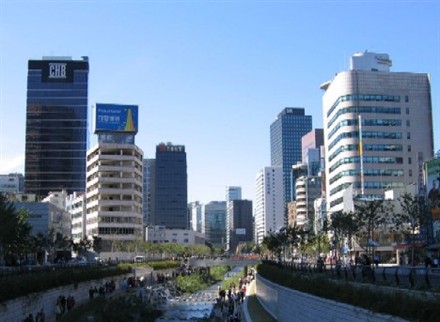