The lack of property finance available and changes to mortgage taxation have led to an overall slowdown in Spanish property sales in the first half of 2011 but the luxury property market has shown more resilience than other sectors of the market.

International buyers are acquiring luxury properties in Barcelona, the Costa Brava and Ibiza without mortgage financing, according to an analysis of the Spanish luxury real estate markets by Lucas Fox International.

Its report on the first two quarters of 2011 also shows that there is a growth in property investment in Spain from Russian, Dutch, and Swiss buyers and investors.

And tourism growth in Barcelona, the Costa Brava and Ibiza in 2011 has had a positive effect on demand for short term rental properties.

‘While the first half of the 2011 has seen further drops on key housing indicators in Barcelona, the luxury end of the market has held steady in sales prices and seen some increases in rental price for exclusive properties located in the centre of Barcelona.

The lack of quality luxury apartments and houses should mean that prices in this segment of the market will remain stable,' said Alex Vaughan, director of Lucas Fox.

‘We predict that for the immediate future buyers will be able to secure Barcelona properties at competitive prices. Given the current economic conditions and lack of finance available to local buyers, international clients should be willing to hold on to their properties for longer as it will be several years before the next growth cycle,' he added.

A high demand, for high end luxury properties in the Costa Brava region make these properties more price resilient than those in other parts of Spain, according to Tom Maidment, director of Lucas Fox Costa Brava.

‘Demand for luxury properties continues apace, mainly driven by international clients from the Eurozone and a high level of demand for sea front villas from buyers from Russia and ex Soviet states,' he explained.

Vaughan added that he expects a very positive second half of 2011 with a large amount of transactions in the €1 million plus segment of the market. ‘We believe that the luxury property market on Ibiza has great potential and that there will be a return to annual capital growth next year,' he said.

There are also incentives for those looking to buy across property sectors in Spain with the government reducing the amount of VAT payable on new homes.

One developer, Taylor Wimpey de España, has announced that it will match the Spanish government's 4% reduction in IVA (the equivalent of VAT) on new properties meaning that no VAT will be due on new stock properties delivered before the end of 2011.

‘Whilst this action will not fully solve the problems of oversupply in some areas of the Spanish property market I believe it will stimulate action both with potential buyers who have been cautious to commit and the Spanish construction industry which is extremely keen to get moving once again,' said Ignacio Osle, sales and marketing manager at Taylor Wimpey de España.

‘The Government has seen that price reductions by developers and agents in some cities of Spain such as Marbella and Alicante where there is oversupply has helped to reduce stock levels and it is hoped that by lowering prices through the halving of IVA will reduce excess stock even further,' he added.

He also explained that second hand homes in Spain are still liable for an 8% transfer of ownership tax. In addition not all the stock properties in the market, many owned by banks, qualify as new homes and are eligible for this VAT reduction as there could have been a prior transaction between the previous owner and the bank. 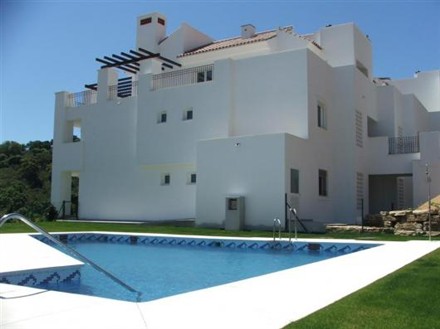 Magnificent Fab Lab In Poblenou For Professional Use And Housing

Beautiful House In Alella With Views

Luxury Apartments And Penthouses - Idyllic By The Sea