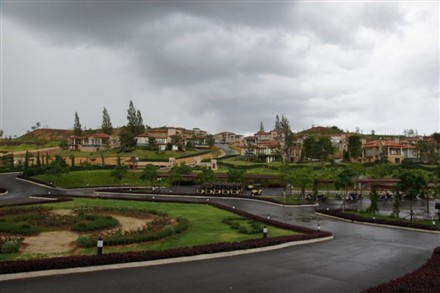 Bonanza Khao Yai Group announced its intentions to enter the property market by unveiling plans for a THB975 million (US$31.7 million) residential project in Khao Yai, focusing on the middle-to-upper-income market.

Bonanza Khao Yai Group chief executive Songkarn Taechana-rong said that demand for vacation homes in Khao Yai continued to rise because of its proximity to Bangkok, which is only two hours away by road.

This is the second recent project launch in Khao Yai , following the announcement of a THB1 billion (US$32.5 million) condominium, 360 Degree Pano by Sasi Sombat.

The Bonanza project will be in two phases, the first including a lake and the second having a huge communal garden area.

"We believe we will succeed in selling 50 percent of the first phase, worth about THB200 million (US$6.5 million), in the remainder of this year, with the rest targeted to be sold out in the first half of next year," Songkarn said.

The company plans to open sales for the second phase in the middle of 2013, Songkarn added.

Earlier this year, listed property firm Sansiri introduced the 23 Degree Estate condominium project in Khao Yai, which was sold out in August.