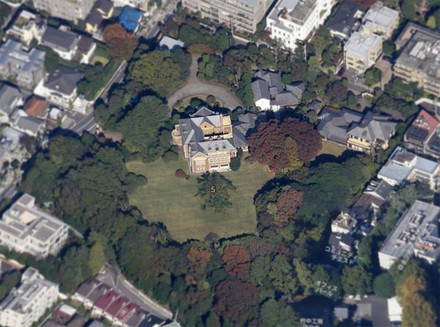 Singapore’s second-largest developer, bought a plot of land in Tokyo valued at $279 million as it seeks to expand overseas amid declining demand at home.

City Developments is entering Japan where property demand is picking up amid Prime Minister Shinzo Abe’s efforts to revive the world’s third-largest economy.

Residential values in Singapore slid for a third quarter in the three months to June, the longest losing streak in five years, after the government introduced loan measures in June 2013, widening a campaign that began in 2009 to curb speculation.

“This acquisition is in line with CDL’s strategy to accelerate overseas expansion to supplement our existing operations,” Kwek Leng Beng, executive chairman at City Developments, said in the statement.

Japan is “rebounding due to the positive impact of monetary easing, fiscal stimulus and reforms under Abenomics.”

According to the Nikkei Report, the historical residence will be preserved, with the new structure to be built around it.

Real estate prices have risen about 20 percent since Abe took office about two years ago, according to an estimate by Deutsche Asset & Wealth Management.