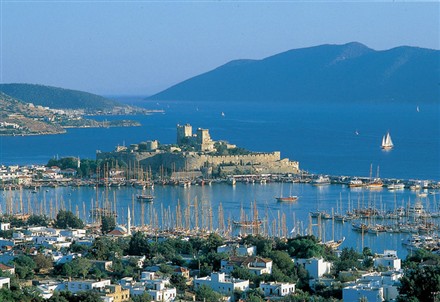 New real estate laws in Turkey will allow buyers from countries that have previously been blocked from entering the property market.

Buyers from the UK, Germany, Sweden, Norway and Holland already have unrestricted buying rights but buyers from places such as Russia and the Ukraine faced restrictions buying on the Black Sea coastline as did Greeks.

Now a new decree will allow access to buyers from 129 countries including places such as the United Arab Emirates.

The bill also increased the amount of land foreign nationals are able to buy in Turkey from 30 to 60 hectares.

The final details have still to be released and it is likely that there will be a limit on the number of properties that foreign buyers can own, according to Turkey property specialists Oceanwide Properties.

The news comes shortly after the Turkish Central Bank revealed there was a mini buying boom in the first month after the new property law was published in May.

Approximately £706 million worth of real estate was snapped up by foreign investors, four times the total purchased by non-Turkish nationals in 2011.

‘Our experience in May alone, prior to who could buy without restrictions under the new law was defined, is testament to the upward swing overseas investors are rightly anticipating in the Turkish property market in light of the market extending to new entrants,' said Suleyman Akbay, Oceanwide managing director.

‘Turkey is making quite a name for itself on the property scene in lieu of Europe's troubles and the ongoing investments it is making to advance its economy. Our clients are constantly amazed at the value for money properties available in prime business and coastal spots,' explained Akbay.

‘But Turkey's upper hand is that its values and rental yields are increasing year on year where other markets are contracting. Affordable, good connections, lots of new homes, a burgeoning population and now an increasing market presence makes Turkey attractive,' she added.

Thei article has been republished from Propertywire