A Luxury Villa Near Florence, Italy Lists for $25 Million 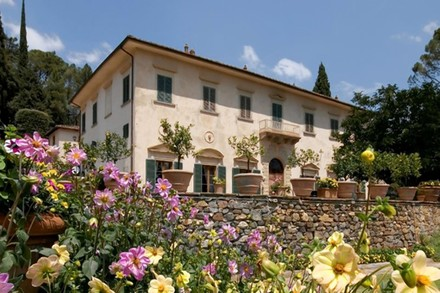 A 19th century villa near Florence, Italy has listed for about $25 million, says Simone Rucellai, who inherited the property from his late maternal grandmother in the early 1990s.

It also has a separate building with two apartments that can be used for staff or guests. There is a large conservatory, an underground wine cellar and a 19th century gate house.

“This was the holiday house we used to live in from May to November,” recalled Mr. Rucellai. The villa has about 14 acres of olive groves, formal gardens and a large lake. “Growing up I used to play in the woods with my brothers,” he said.

Alasdair Pritchard of selling agent Knight Frank said the luxury property market in Italy, like the rest of Europe excluding London, “has suffered in the last four years.” However, he said he’s seen a renewed interest in properties close to major Italian cities.

Apartment For Sale In Lucca (italy)

Refined Apartment In The Center Of Lucca