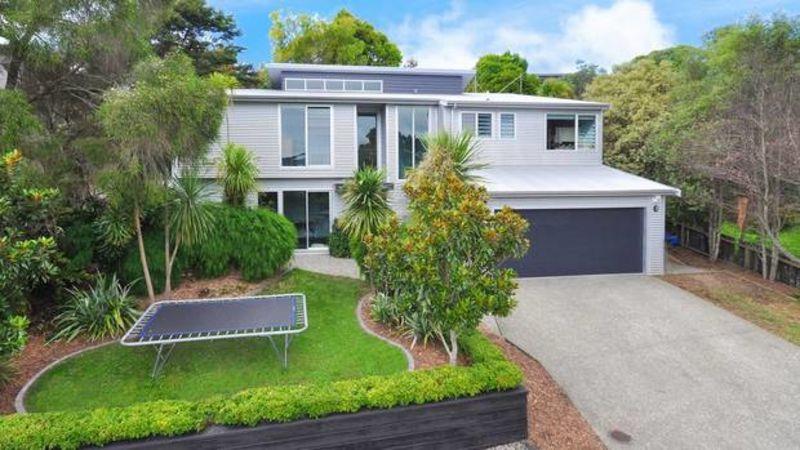 A North Shore family are hoping to beat the slowing Auckland market by selling their home for half bitcoin and half cash or all bitcoin.

Dean and Rachel's 16 year-old, architecturally-designed, open-plan living, four-bedroom home in the North Shore suburb of Unsworth Heights is for sale for its capital value, $1.225 million, but has failed to sell so far.

They believe being prepared to accept bitcoin will open it up to a wider pool of buyers.

Should the sale go through in Bitcoin, it would likely be the first such purchase in New Zealand, according to Dean's selling agent, Liam Collett from Century 21 Collett Realty.

A fellow Century 21 franchise in Wellington in 2017 agreed to accept Bitcoin payment for a $200,000 piece of land in Kaiuma Bay in the Marlborough Sounds, but it is understood the land ended up being settled using kiwi dollars.

"It's all about breaking the boundaries and trying something a little bit new and a little bit different," Collett said.

It led foreign buyer sale in the March quarter to fall 81 per cent compared to the same quarter a year earlier.

Despite this, Collett said people would be surprised how many enquiries his agency still fielded from buyers living overseas.

This could include Kiwi expats, Australians and Singaporeans, who are allowed to buy, and foreigners whose children are New Zealand residents.

Via The New Zealand Herald